By Sascha Rosin
Mattituck High School
It all started in the first grade for Alex Gelabert when he won a young writers’ outstanding poetry award at age seven. He’s had pen to paper ever since.
…Continue Reading 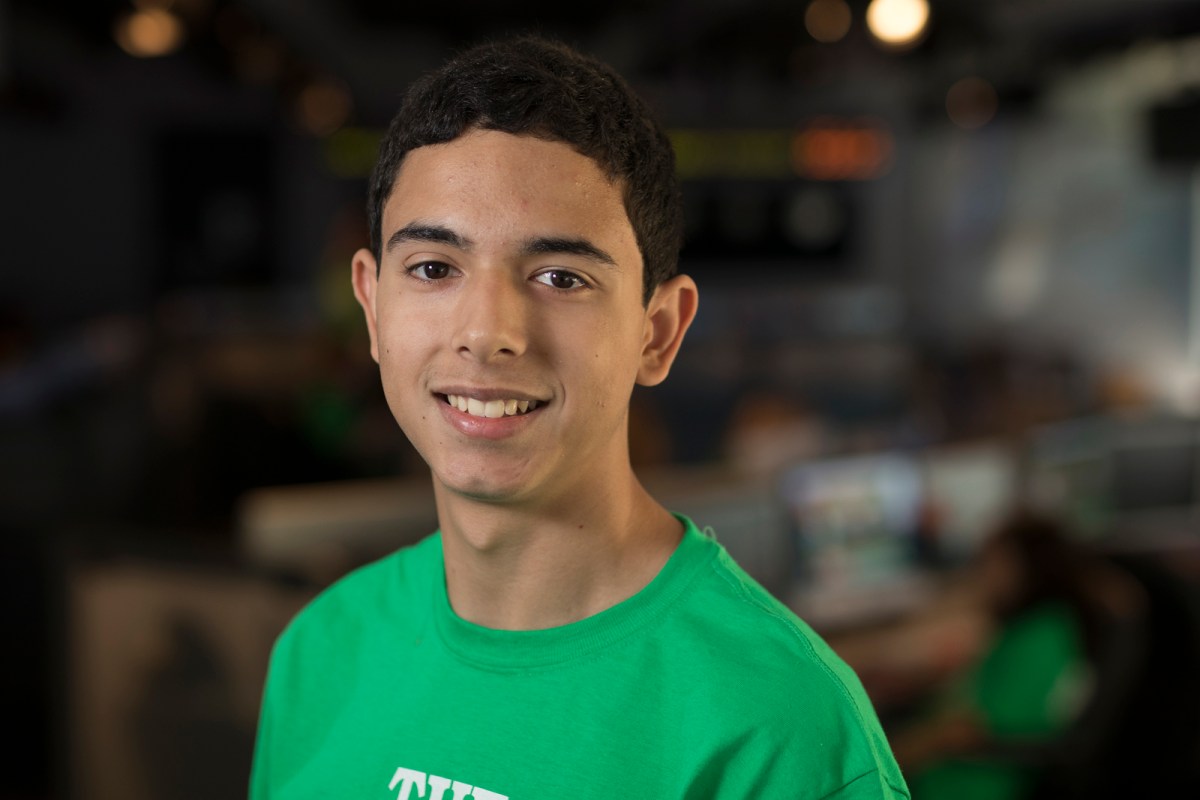 It all started in the first grade for Alex Gelabert.

He won a young writers’ outstanding poetry award at age 7, and he’s had pen to paper ever since.

“It was for all of Nassau County,” Alex said. “I ended up winning an award for my age group for poetry. I had to read it in front of all these people. I guess my first grade teacher really liked it.”

In earlier years, Alex enjoyed writing fictional stories, and has since developed his writing for school. It gave him a niche to differentiate himself from friends, who are interested in mostly business-oriented or science classes for future majors. It also differentiates him in his own family, and from his twin brother Danny, who wants to follow his fathers’ footsteps in the medical field. “To have something you wrote be published is really cool, and that’s what I strive to do in the future.” He has also taken business classes at Oyster Bay High School such as accounting as a second choice to study in college.

Alex’s parents encouraged him to apply to “at least one” summer program, this being the chosen one. It’s a way for him to “test it out” he said, to see if it’s the profession he wants before committing to it.  “When it all comes together, when you put together all the ideas you have in your head out into words, it’s really cool when it clicks,” Alex said.

Alex has always packed his schedule with mostly AP or honors classes, especially in English. He also participates in numerous extracurriculars such as band as a percussionist, National Honor Society, and the Oyster Bay school newspaper, The Harbor Voice. He is also a member of the student council, and is in charge of publicity and coordination of events, publicizing and organizing fundraisers through Twitter and other social media platforms. His responsibilities on the student council often carry into the summer for the next year’s events, but he makes time for fun with his friends. “There’s a lot to do in my town, me and my friends we go kayaking or paddle boarding.”

After working and living alongside Alex, his teammate Colin has taken a liking to his newfound friend. “He’s very hardworking,” he said. They covered the Ducks game together that the Greene program attended for the film portion of their group project. “Has a good eye for what to shoot [with a camera]. He has a good artistic eye.” The two have been working together over the course of three projects now under tight time constraints. “He’s a very good friend,” said Colin.

Besides being an avid college sports fan, Alex also practices soccer, fencing and tennis in his after-school hours. He said he hopes to someday combine his enjoyment of sports and literature to write for ESPN or Sports Illustrated.

He hopes to attend Northwestern University in Chicago for journalism next year. “Not as an anchor, behind the scenes maybe,” said Alex.

But even if he decided against a journalistic career, Alex said he still believes in the value of words: “It’s always good to be a good writer.”