By Peter Lupfer
Longwood High School
Alicia Renda has loved the English language since the first grade but over the years, the Levittown native’s passion has shifted from writing for fun to greater ambitions.
…Continue Reading 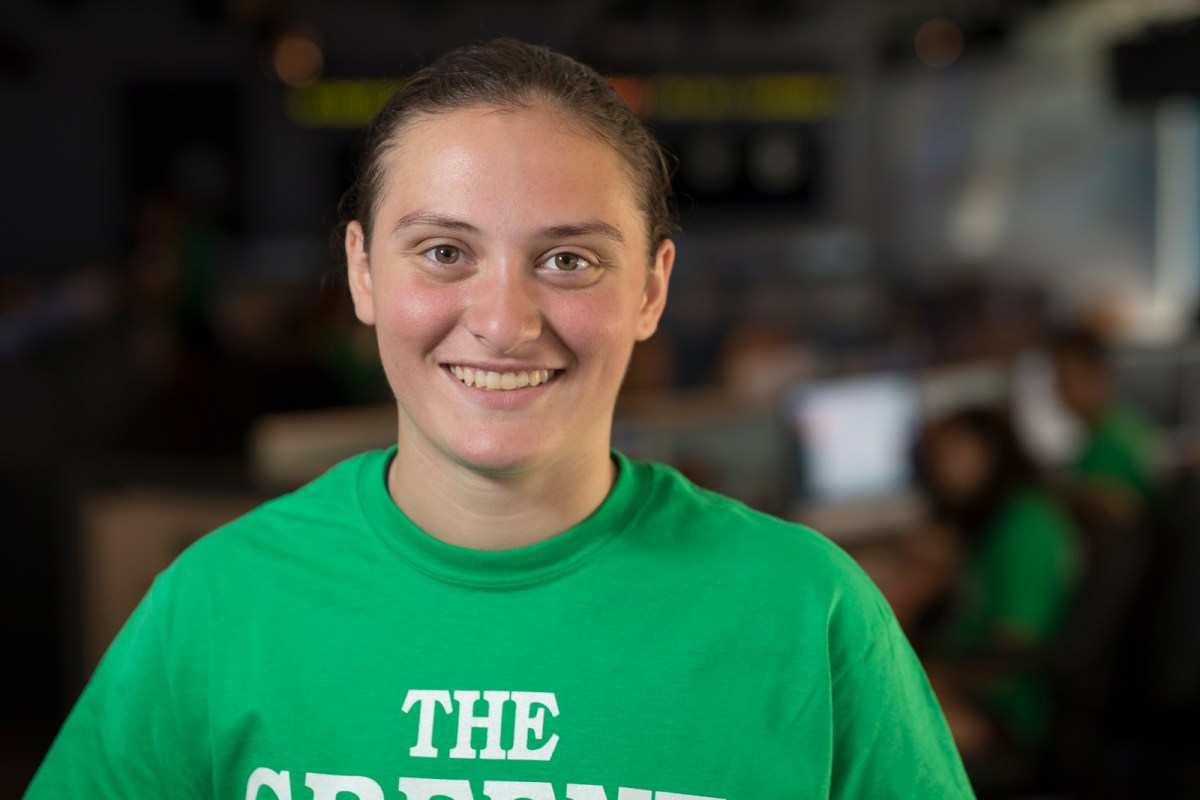 Alicia Renda has loved the English language since the first grade.

“Reading was what I loved,” says the junior at Division Avenue High School in Levittown.  “I wanted to be an author at first.” Alicia can recall the influence of series such as Mary Pope Osborne’s The Magic Tree House and J.K. Rowling’s Harry Potter on her eagerness to not only pick up a book but also motivating her to write on a regular basis.

Over the years the Levittown native has shifted from writing for fun to greater ambitions. Now she’s the student editor of Division Avenue’s newspaper, Dragon Tales. According to teacher Michael Verdi, Alicia is not quick to back away from a challenge. Alicia likes to take on multiple projects at once and use her experiences as a means of improving herself.  “Multitasking has become the norm for Alicia around school,” he said.

Renda relies on her parents and two younger siblings for encouragement as she juggles her responsibilities with the school paper, the Author Book Club, Division Avenue’s swim team, as well as the usual pressures of being a high school junior.

Over the years soccer, running and basketball have caught her interest, but she has found that the water is where she feels at home. “I’m on three different swim teams, one of which is a USA Team,” she said. Alicia also swims for her school team and has large ambitions for the upcoming season.  “I’m going to run for captain this year.”

The key to Alicia’s success in both sports and writing has been her determined nature. “Once I decide to do something, I may not complete it in the timeliest of fashions, but eventually I get it done,” she said.

Her teacher has been impressed by Alicia’s development.  “Her writing has improved in leaps and bounds in regards to her articulation and depth of coverage,” Verdi says. “She loves to interact with controversial topics and is professional in her appearance and her approach to sensitive issues.”

Alicia’s parents realize that a career in writing may not pan out, but they’re encouraging her nonetheless. “Her passion for reading began very young,” said Marion Renda, Alicia’s mother.  “Her love for reading has carried over to writing.”

“I haven’t definitively decided on journalism yet,” Alicia said. “I’ve also looked at fictional writing and screen writing, which also really interests me.”

While her future is still undecided, one thing is certain: “I just know that I want to write,” she said. “I don’t know what else I would do.”

1 thought on “Alicia Renda: Author of her destiny”