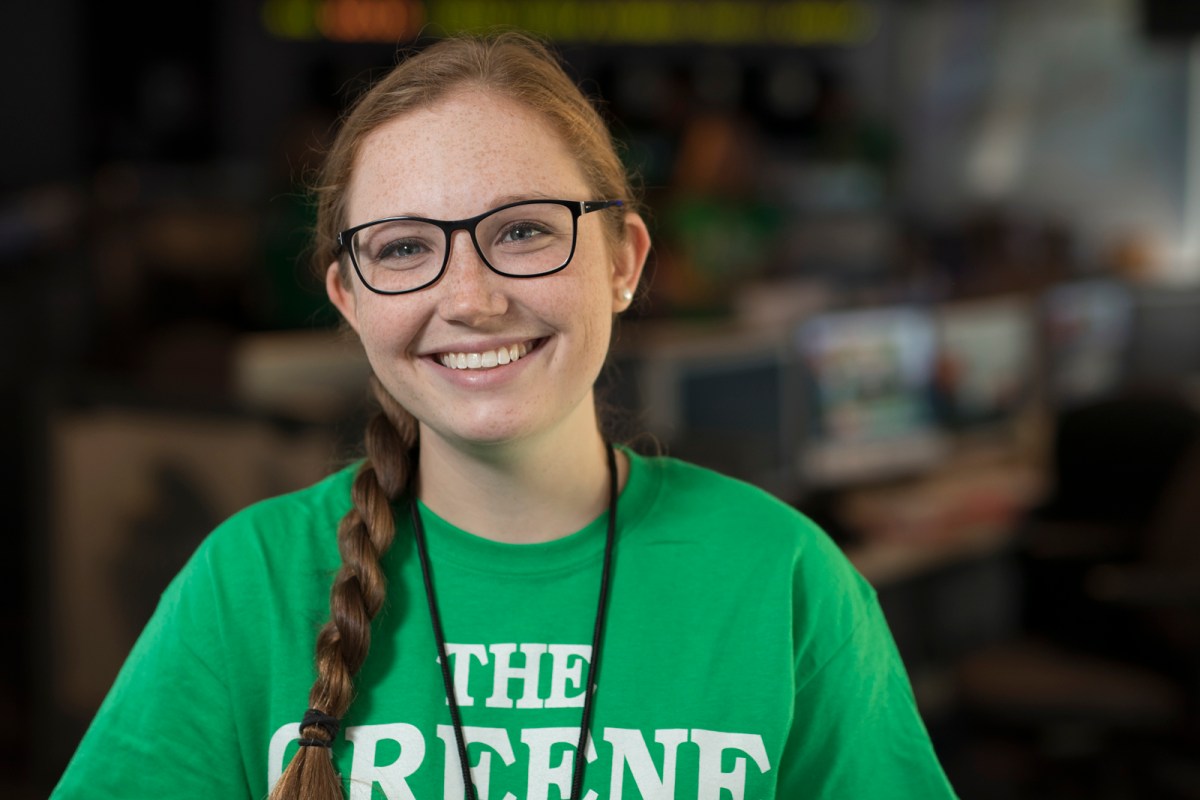 Brianne Ledda’s aspirations for journalism have a global reach.

“I want my work to make a difference in the world,” said Brianne, a rising senior at Miller Place High School. “I see myself as being a watchdog for others, and I believe that journalism is my opportunity to make a contribution to society.”

Brianne talked about her goals during a Skype interview in preparation for the Robert W. Greene Summer Institute for High School Journalists at Stony Brook University. The Institute is a “boot camp” to teach young journalists basic skills in news reporting, writing, editing and using video, according to Greenegazette.com.

Brianne would like to one day have a career as a journalist, but said she is not sure exactly which type of journalism she would like to pursue. She is intrigued by investigative journalism for science. “I love science, and I could see myself writing for National Geographic or similar publications.”

Starting in elementary school, Brianne worked with Eileen Sullivan, an English teacher from the Elwood School District in East Northport. Eileen was a co-worker of John Ledda, Brianne’s father. The two communicated through e-mail. “Even when my work was not great, she was always very encouraging and gave me lots of advice,” Brianne said. “She even gave me a book containing helpful tips on how to become a better writer. Mrs. Sullivan helped foster the love for writing that I have today.”

That love for writing led Brianne to join the Miller Place High School newspaper, the K.R.O.B., an acronym for the first names of its founding members (Kevin, Rob, O’Brien and Bob). Brianne joined the newspaper staff as a freshman, and was named editor-in-chief as a sophomore.

Brianne’s newspaper advisor, Catherine Sturtz, credits much of the K.R.O.B.’s success to Brianne. “Brianne plays a very important role as editor-in-chief. She always makes sure the layout of the paper is attractive, and she is an excellent writer and editor,” said Sturtz.

Brianne said that her grades in school come before anything else. However, aside from grades, the school newspaper is Brianne’s primary focus. While she also is a member of the track team at her high school, Brianne said that she often runs after practice is finished so that she can continue her work with the K.R.O.B.

Brianne said that she is very excited to be a member of the Greene Team. “I’m hoping that I learn some things that I can take back to the school paper,” she said.

Her advisor said she has high hopes for her. “Brianne is an outstanding researcher and communicator,” Sturz said. “I believe she has a very bright future.”