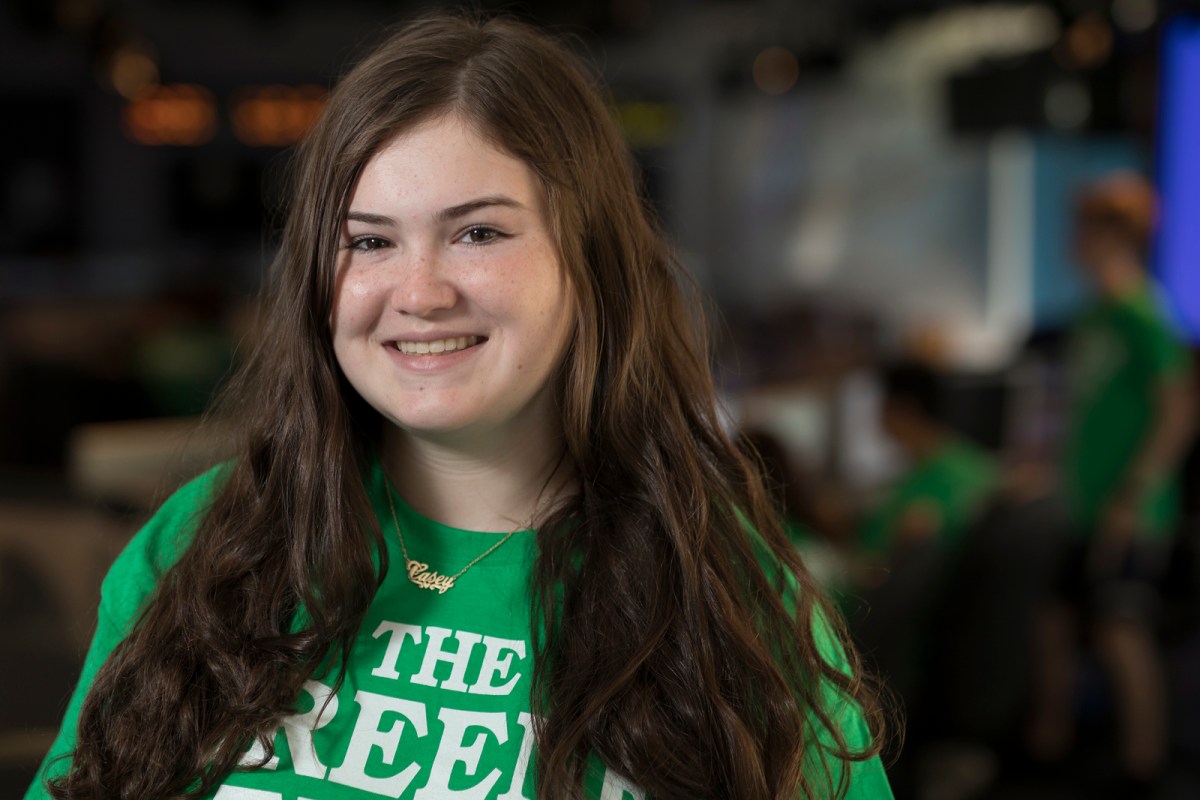 Casey McShea’s interest in journalism started when she discovered her school newspaper, The Baysider, in her freshman year.

“I had always loved to write, and it allowed me to express that love for writing while also informing others of what was going on in the school, community, or world,” said Casey, 17, who is a rising senior at Bayside High School in Queens.

According to Casey’s mom, Kathy McShea, Casey has always loved to write, and even before she ever started school, she would write stories on random pieces of paper and in her journal.

She said the paper helped her expand her horizons and introduce her to a new way of writing. She loves to write fictional stories so when journalism came into the picture, it forced her to challenge her instincts, due to journalism being mainly about cold, hard, facts. Fiction did help her out a bit because it gave her skills to create a news story. This past year, Casey became editor in chief of The Baysider. Her duties include editing all stories before handing them off to the paper’s advisor, David Shein, who makes the final edits. After that, she designs and produces the layout. Casey also has the final say on the layout of the paper, such as color and the placement of articles.

Usually, the paper has two student editors, one a junior and the other a senior, but this year her designated co-editor got an internship and couldn’t be part of the paper, putting extra responsibilities on Casey’s shoulders. But being the only editor for the paper wasn’t the only source of her stress. Casey was also the director of her school play. “Sometimes things got a little hectic,” she said, adding that her advisor was very understanding and gave her extensions as needed, and “always tried to make the job easier as possible.”

Casey said she is unsure which area of news most interests her.

“I did write some pieces on the big world events that happened this year, such as the earthquake in Ecuador, and that was interesting,” she said. But she also has an interest in opinion writing, mostly because she likes to write from her point of view. She especially likes writing  “pieces about very controversial topics, like sexism, stereotypes, and gender, race, and sexuality equality. I like writing those because even if the topics make people angry, it’s things that need to be spoken about and not just shoved in the corner because everyone’s too afraid of angering each other because of how sensitive a topic can be.”

Her determination is a key factor in writing these types of topics. Her mother said whenever Casey wants something or does something, she will “hound it to death” and work until she gets it.

When Casey isn’t writing about issues that need to be discussed, she is busy in the theater world. “I love to sing and perform, and directing a play was a new experience that taught me a lot about leadership and compromise.” She has also done theater classes and off-Broadway plays with a theater company in Manhattan called “A Class Act.” She is also a member of Arista, the school’s chapter of the National Honor Society, and in the past has played for her school’s softball team. She did not play in her junior year because of her big roles with the paper and the school play.

When she found out that she got accepted into the Robert W.Greene Summer Institute for High School Journalists, she was ecstatic. “I had applied last year and wasn’t accepted, so to be accepted this year was amazing!”

In the program, Casey hopes to learn new ways of journalism and how to be a better journalist and editor so she can make her school paper “the best it can be” in her senior year, so she can “leave a legacy behind” after her senior year as editor.

After high school, Casey is planning to continue her journey in journalism, but she knows there is a chance that her interest will change.

“I’ve always loved theater and I also love working with kids, so there’s always the possibility of my future self changing plans,” she said.