By Brianne Ledda
Miller Place High School
Colin Capece, a rising junior at Chaminade High School, loves sports and spends much of his time playing hem on the field and writing about them in the newspaper office.
…Continue Reading 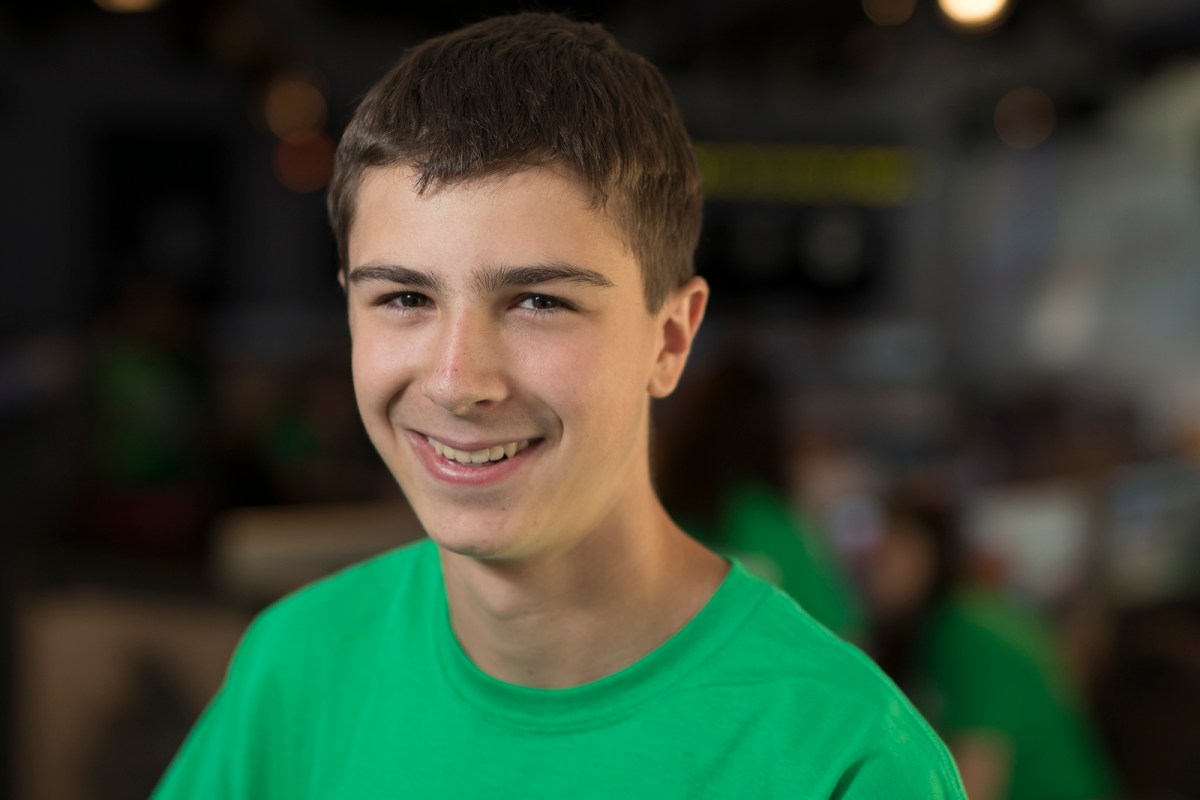 Colin Capece, sports editor and rising junior at Chaminade High School in Mineola, spends much of his time in the newspaper office.

Although he is an avid athlete – playing soccer in the fall and baseball in the spring – and being involved in his school’s Science Olympiad, Colin’s role in his student paper, the Tarmac, comes first, he said.

Colin, 15, has always had a passion for writing, he said during a Skype interview for the Robert W. Greene Summer Institute. “I guess it’s kind of just something that really interests me. Like when I’m doing my schoolwork and stuff, it kind of gives me a break. It gives me the freedom to express my thoughts, my feelings. It makes me happy,” he said.

He recalls first getting into writing in the seventh grade, after submitting a history paper about baseball to the National History Day (NHD) contest. His history teacher, Jeff Parrett, was very encouraging, especially after Colin was selected to represent his school for the regional stage of the contest at Hofstra University. “Sports kind of created my interest in writing,” Colin said.

This combined interest is evident throughout Colin’s writing career. He’s continued these pursuits through his school paper, Tarmac, with the help of his newspaper moderator, Patrick Reichart.

A former sports writer for the New York Post, Reichart has been an influential writing mentor for Colin. He encourages Colin’s passion for sports journalism, and frequently provides advice, Colin said. His sports connections have proven useful to Colin, providing opportunities to interview athletes such as Richard Gannon, a former NFL MVP, and Raja Bell, a former NBA player. Reichart wrote the letter of recommendation required for Colin to enter the Robert W. Greene Summer Institute for High School Journalists.

“Colin is a great writer who has gotten even better over the past year or so,” Reichart wrote in an email. “He has always been strong writing about sports, but this year, he began to write columns, as well. I look forward to watching Colin continue to grow and excel as a writer over the rest of this high school career.”

He was able to gain some journalistic experience through the Chaminade High School Sports Broadcasting Camp last summer. He mentioned that they were able to take a trip to Fordham University, where they toured their noncommercial radio studio, WFUV (90.7 FM) on its Bronx campus.

Colin was really excited to be accepted into Stony Brook’s Robert W. Greene institute. He saw the camp online a few years ago, but was too young to participate at the time. It was brought to his attention again when Mr. Reichart suggested that he apply this summer. His former editor-in-chief, Colin Maloney, also attended the camp in 2014, the summer before his junior year. He credits his promotion to editor-in-chief of the Tarmac at least in part to the skills he learned at the camp.

Journalism isn’t a casual interest for Colin – he aspires to become a professional journalist one day. In keeping with this ambition, he intends to explore more types of writing and expand his skills in photography and communication.

“My dream is kind of to be a sports writer,” he said. “Not so much of a watchdog persona that other journalists take on, but more of an informative writing, sharing different opinions about topics in sports, maybe step out of my comfort zone, take on political and science topics, writing about topics that interest people and help them to read writing a bit more.”