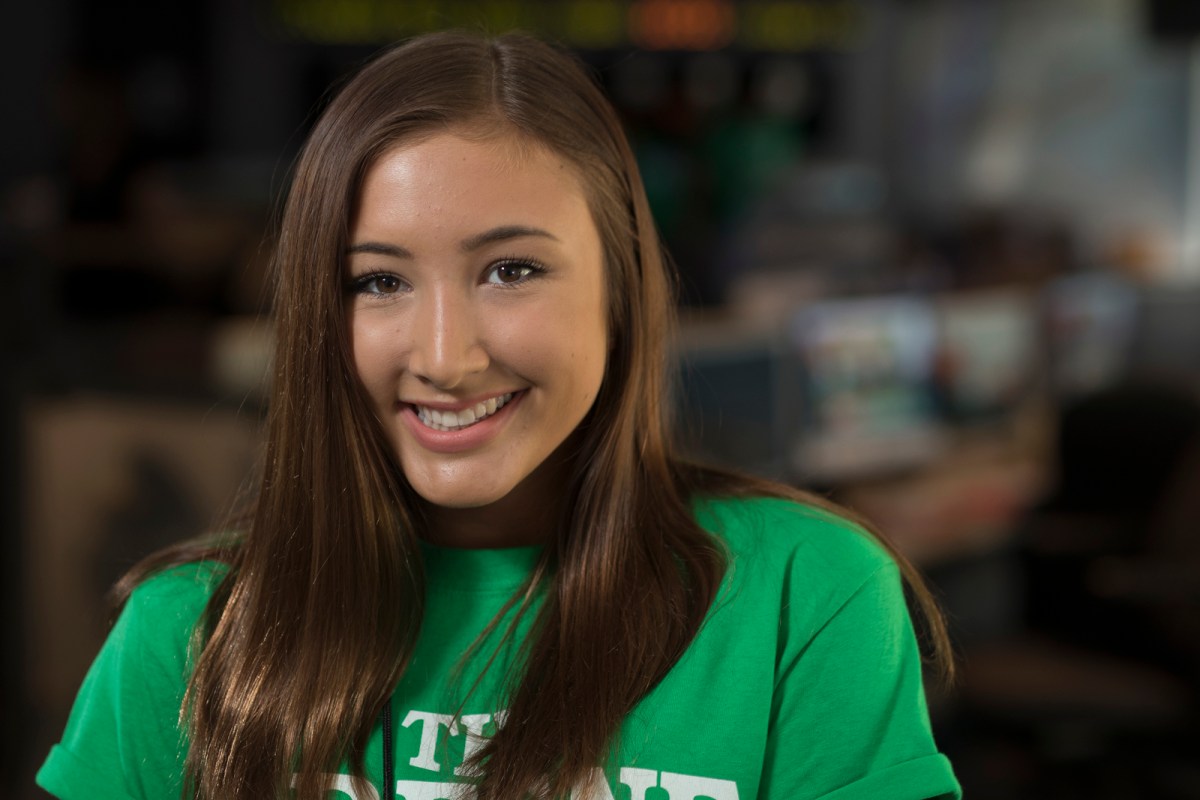 “I always had an affinity for writing, but I learned that my talent had excelled when my English teachers began to support and encourage my essays and other pieces,” she said. “I immediately continued to write as if I was running out of time.”

However, writing was not always her desired career path. As a child, Hallie had wanted to be a pediatric oncologist to save the lives of children suffering from life-threatening diseases.

“I decided I wanted to be a journalist throughout middle and high school,” Hallie said. “My mom talked me out of being a pediatric oncologist because of how depressing it would be and I would develop too much of a heavy heart.”

Hallie relished in her teachers’ support of her writing. “My favorite part of writing is the aspect of having your own freedom of expression and being able to share your own ideas and opinions on any particular topics that interest or impact you,” she said. Hallie’s decision to become a journalist has been motivated by many of her loved ones. “I’ve become very diligent from the support of my family,” said Hallie. “My uncle actually writes for The Daily News and I would love to see my name as a byline one day as well.”

Hallie has found inspiration from various publications, such as The Huffington Post. She has been especially influenced by television personality Giuliana Rancic. “Giuliana Rancic is one of my idols,” Hallie beamed. “I aspire to have her success one day. From migrating from Italy to the United States and barely speaking English, and then to writing memoirs, hosting E! News, having a reality show, as well as hosting some of the most renown pageants in America.”

Hallie’s other inspirations are a little closer to home, adding that her parents have provided her with the tools needed to succeed. “I’ve gained a tremendous work ethic from aspiring to be like my parents.”

Hallie actually applied for the Greene Institute twice. She was too young to attend the program the first time. Now, the 16-year-old is ready to meet the challenge. “I came across the Robert W. Greene program last year from a recommendation from my video club advisor,” Hallie said. “It seemed like the perfect way in which young journalists can gain experience.”

But she didn’t give up.

“I re-applied this year and thankfully received the call that I was to be expected at the orientation,” she said. “I was so grateful and ecstatic!”

Hallie took that enthusiasm into the program. “Journalism is not only a career, but a hobby, and my passion,” Hallie said. “It’s so satisfying to know that journalism has a category for everybody.”