By Maya Brown
Freeport High School
A rising junior at Hauppauge High School, Ilona Kaydanov is a self-described bookworm with a passion for journalism and thrill for reading.
…Continue Reading 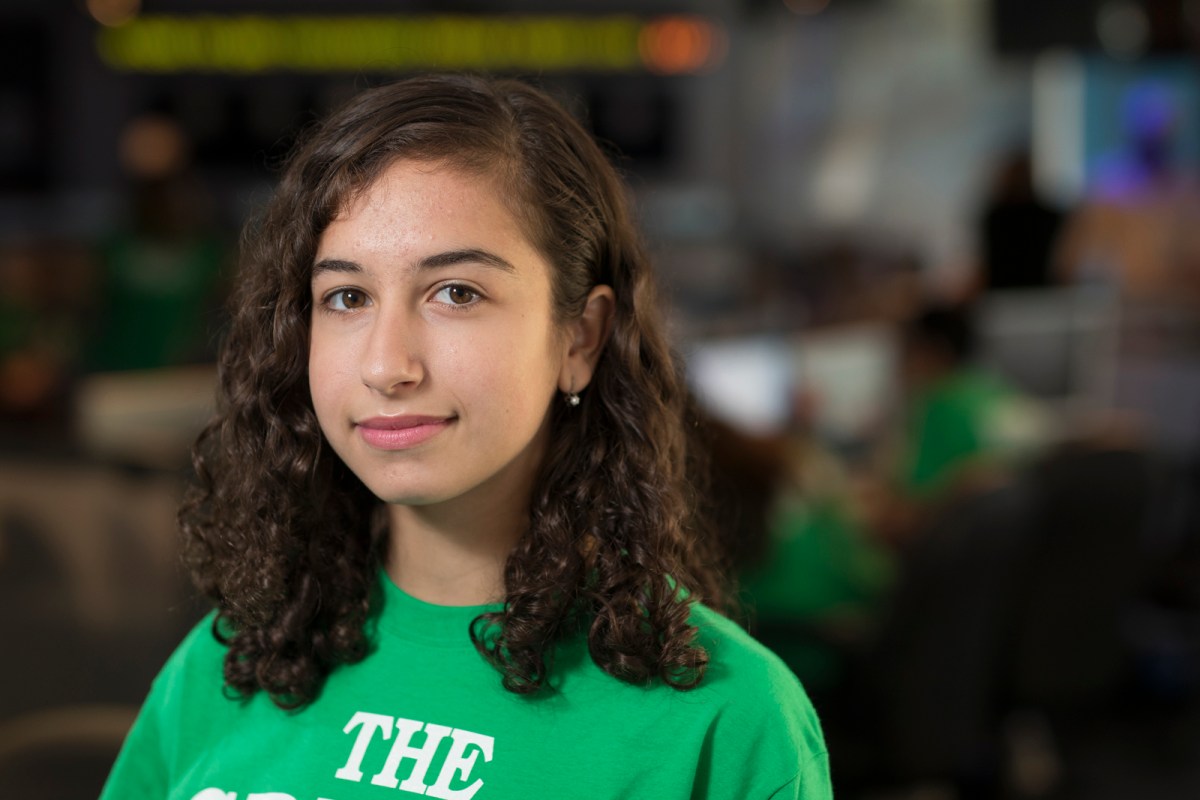 Most of her friends know her as Ilona, but she can also be known as Calliope. Calliope is Ilona Kaydanov’s alias who “magically floats through life one book at a time,” when she writes book reviews.

Calliope is the name of the Greek muse of epic poetry, a character who loves to put pen to her paper, especially to write poetry. A rising junior at Hauppauge High School, Ilona has a huge passion for journalism, has always had a thrill for books, and is a self-described “bookworm” at heart.

“I love reading and writing, I have a book blog that I’ve been writing book reviews on for about a year now,” said Ilona, 15.

Ilona decided to pursue journalism for a number reasons, but one of the most important ones was to break out of her shell.

“Even though I am really shy, I wanted my name out there,” she said. “In middle school, I wanted my fellow students to be able to read my work, see my name, and think, ‘Yeah Ilona, I know her, I’ve read her stuff, and she’s pretty good.’”

Her passion for reading and writing created a bond between Ilona and her father.

“It’s something we both like to do,” said Ilona.

She has been showing her two brothers, Joseph, 6, and Dennis, 12, poems she has written, and continues to do so. “Her world revolves around reading and writing,” said Dennis. “Ilona has won one first-place award and a third-place honorable mention in poetry contests at the Hauppauge Public Library, which has motivated her to continue writing.

She is now considering taking a leadership role in her school newspaper, The Soaring Eagle, with the goal of becoming its editor this coming school year.

As a tenth-grader this past year, she was a reporter for the paper. A majority of the other reporters were seniors. Due to how many reporters would be leaving, Ilona’s teacher recommended that she apply for the Robert W. Greene Summer Institute for High School Journalists to help improve the paper.

Ilona wants to return to school with “fresh ideas” for the paper, and learn more about photography, gain more confidence in interviewing people and feel prepared to take over the school newspaper this fall.

Ilona is not only excited to be a part of the program. She aspires to attend Stony Brook as part of the Class of 2022.

“It’s a wonderful school, and affordable,” she said.

It’s also close to home. Ilona wants to double major in business and English, and is considering journalism as a minor. After this program, she said she will know for sure if she sees journalism as a career.

“I’ve always had a dream of being a published writer and successfully completing this program is almost like having a piece of that dream come true,” she said.