By Casey McShea
Bayside High School
Many children watch action TV shows and aspire to be a superhero like Captain America or Black Widow. James Hinshaw, however, watched TV as a child and discovered his lifelong aspiration to be a journalist.
…Continue Reading 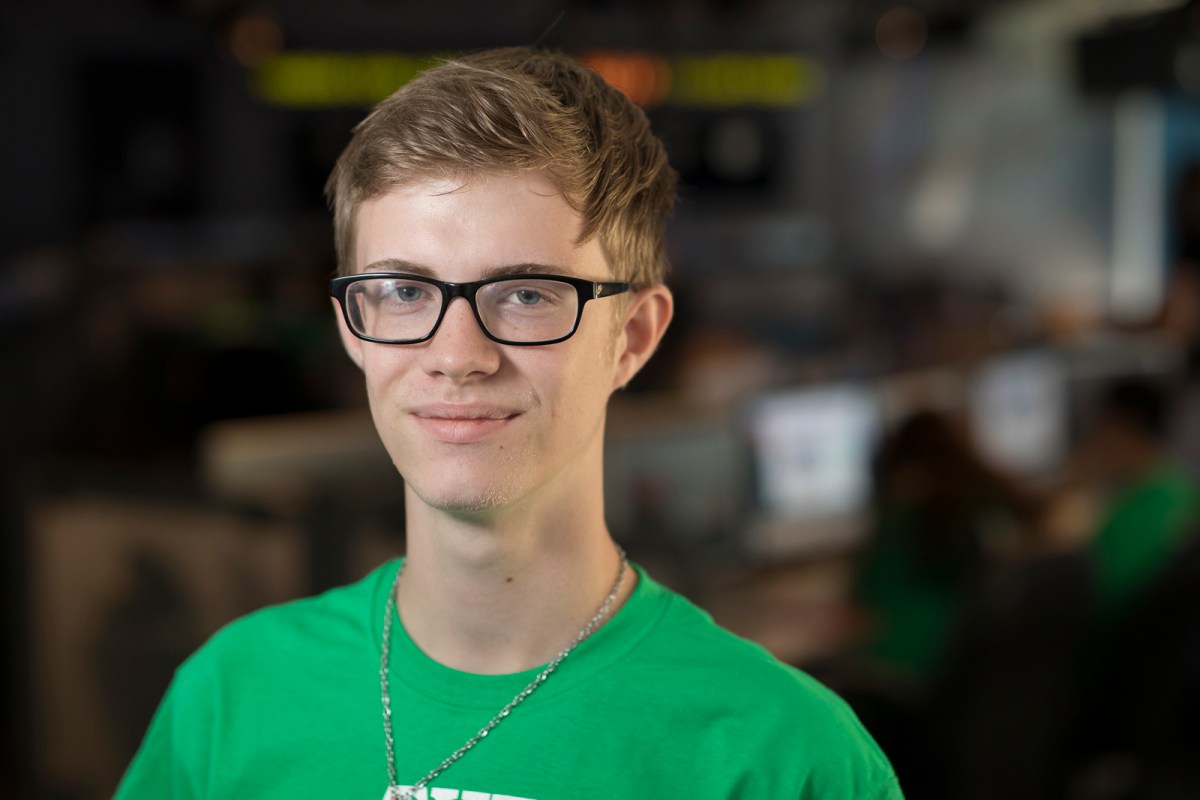 Many children watch action TV shows and aspire to be a superhero like Captain America or Black Widow. James Hinshaw, however, watched TV as a child and discovered his lifelong aspiration to be a journalist.

“I’ve been interested in journalism since I was really young,” said James, 17, a rising senior at Island Trees High School, in Levittown. “I was watching a TV show, I forget the name of it, but I was so fascinated by their job that I took a liking to journalism.”

The public service aspect of journalism appeals to James. “I really enjoyed the aspect of telling everyone what is going on in the world,” James continued. “I think it’s the fact that this world is constantly changing, and that there is so many things going on that I feel like it’s my duty to let everyone else know about these changes. I’m a major believer in the saying ‘the people have the right know.’ ”

James’ mother, Brenda Hinshaw, said that James is “very laid back and has a dry sense of humor.”

“He is a very good student, though,” she continued. “He never had any issues with teachers, and rarely had outbursts as a child. He’s the youngest of six, and he has always gotten along with his siblings.”

James was a reporter for The Bulldog, a newspaper produced during his 10th-grade journalism class.

“I was mainly just a reporter for class debates, and for editorial/viewpoint type of material which I wished to share with the school,” James said. “The paper only went on as long as the class did, however, and sadly, the class only lasted for half the year. After the class ended, so did the paper.

“This year, my school still had the journalism class, but not the school paper, which I was furious about,” James said.

“[Island Trees High School] is a great school,” Hinshaw said, “but they focus a lot on science and math, and it’s a pity that they don’t put the time and effort into [the school paper].”

Despite the lack of a paper after 10th grade, James was determined to continue pursuing his passion.

When he isn’t writing or finding out the latest bit of breaking news, James enjoys reading, listening to music, hanging out with his friends, and going for walks. He is also a part of his school’s book club, French club, and French Honor Society.

“I think I’m just good at French,” James said, laughing. “But I definitely hope that my future work as a journalist could take me to France. It’s definitely a country I want to visit.”

James’ past English and journalism teacher, Jaclyn Lein, has played an important role in his pursuit of a career in journalism.

“She would always give me advice about my style of writing, and she really pushed me to continue on the path towards journalism,” James said.

“Ms. Lein was a real inspiration to him,” Hinshaw said. “The seed was there, and it blossomed as a result of that class.”

In fact, Lein was the one who suggested James apply to the Robert W. Greene Summer Institute for High School Journalists.

To say James was ecstatic when he received the news that he was accepted to the program would be a major understatement.

“I cannot put into words how happy and joyful I was when I found I got in [to the program],” James said. “I tried applying last year, but sadly didn’t get accepted. The moment I saw the email [this year], I screamed out of happiness.”

James said he has high hopes for what the program will teach him.

“I’m hoping to gain more knowledge and more of an understanding about how the news world works.”