By Emily Glennon
East Islip High School
Jonathon Cerini has used writing to break out of his shell since he was a child. However, this week at the Robert Greene Summer Institute was his first chance to try his hand at journalism.
…Continue Reading 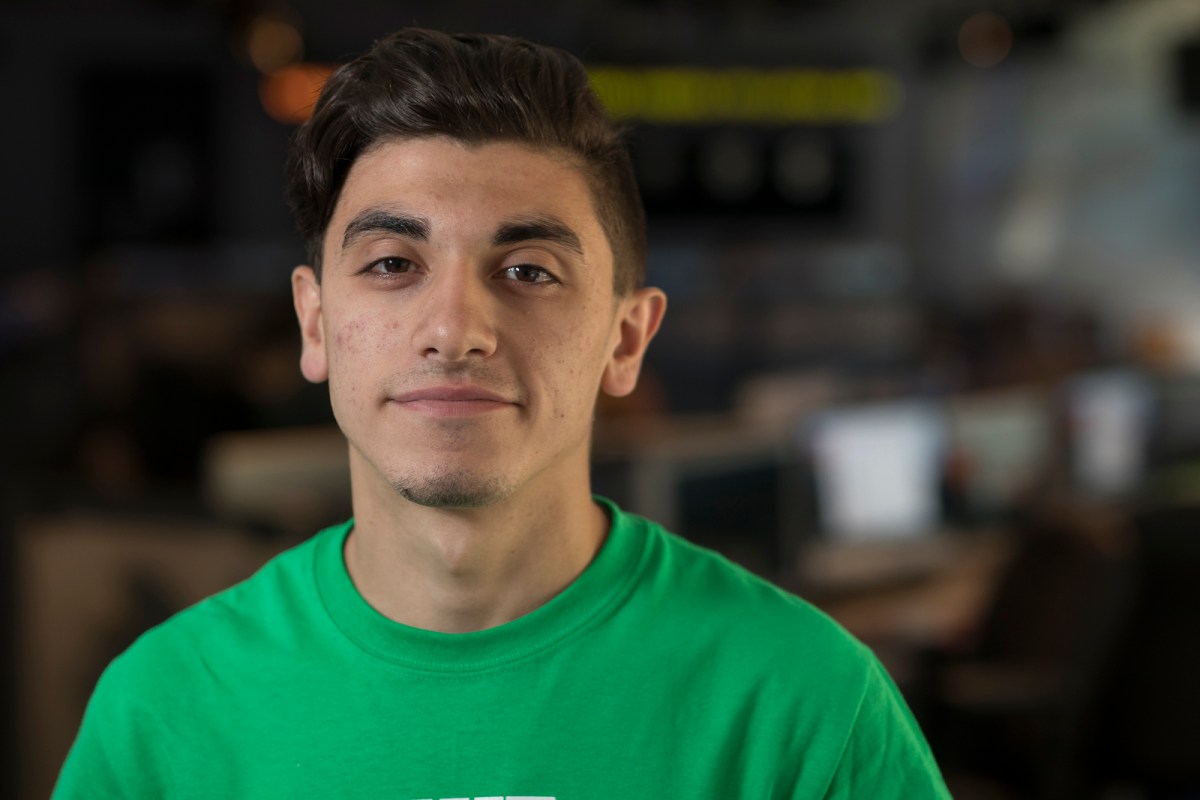 Jonathon Cerini was so shy growing up that his first grade teacher wanted to hold him back a year.

“I was so shy, I never spoke in class,” said the rising senior at Salesian High, an all-boys school in the Bronx.

Jon used writing to break him out of his shell, and now he never stops talking.

He always loved reading and writing since he knew how to. “I was always so shy as a child so I found my way of communicating through writing things down,” Jon said. His passion has now evolved into writing short stories.

But he never had experience with journalism. “We’re not allowed to take journalism as a class until 12th grade,” Jon said. His first exposure to journalism was as student of the Robert Greene Summer Institute for High School Journalists at Stony Brook University.

His mom, Grace Cerini, said she found out about the program online and helped him sign up, thinking journalism would be a good outlet for her son to write. She added that she could see him pursuing journalism and “sports media…because he’s always talking about sports.” The sport he especially likes is soccer, which he plays.

Grace Cerini said she hopes his spending a week at Stony Brook “gives him a chance to see what Stony Brook is all about, it gives him an inside look on what dorming is like in college to see if he’ll like it. And lastly, it can show him the world of journalism to see if it’s something he wants to pursue in his future.”

“The week before this program started I was begging my mom to take me out,” Jon said. “She said that when she picked me up on Saturday I would thank her for putting me through this. I didn’t believe her. But after experiencing this week, I know that I’m going to thank her.”