By Michelle D’Alessandro
Huntington High School
Mehek Ahmed knows she wants to make a difference in the world and that journalism is a way to do it. Being in a school with kids from many mixed backgrounds generated a deep appreciation for those with differing views and cultures.
…Continue Reading 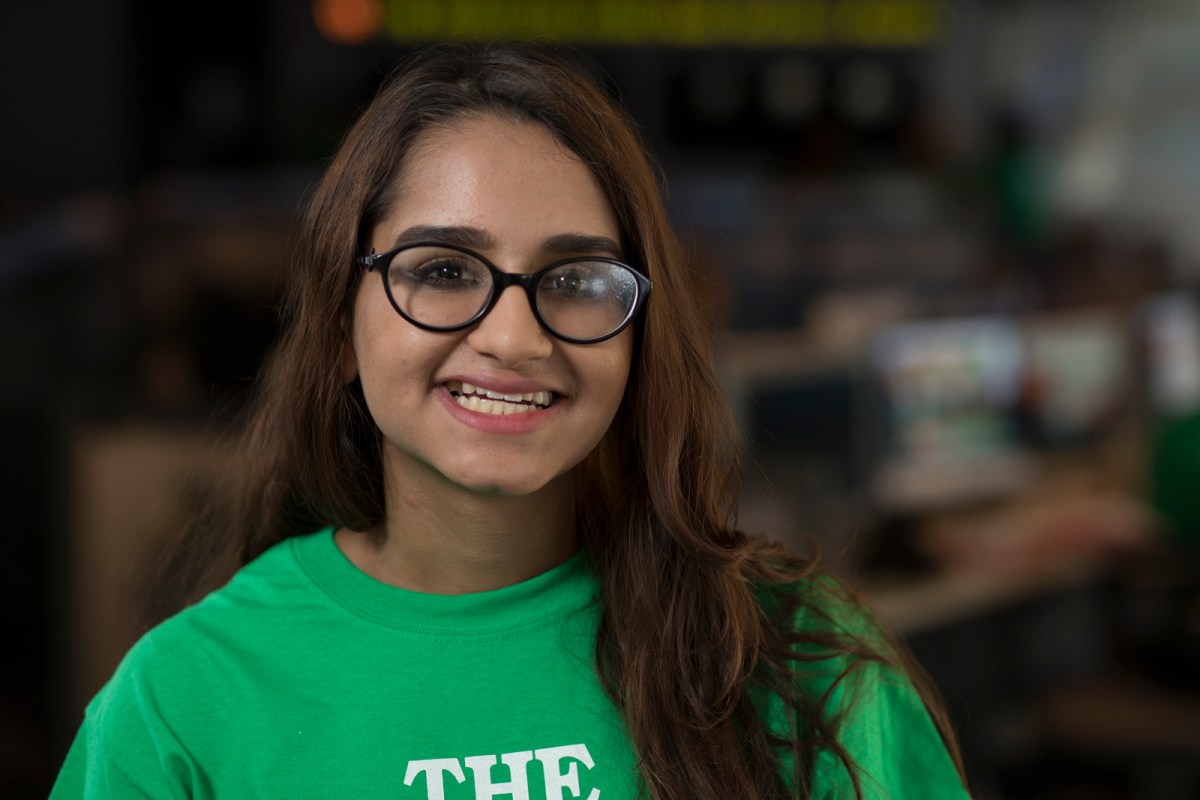 Mehek Ahmed knows she wants to make a difference in the world and that journalism is a way to do it.

The 15-year-old Centereach resident was born in Queens, immersed in Bengali culture. When she moved to Long Island in 2012, she remained surrounded by diversity. “My unique upbringing has shaped my goals for the future to unite communities by having a say in the government,” she said.

Mehek fondly remembers “singing and dancing for Bengali folk culture,” a pastime she took part in for eight years.

She also started writing during her childhood, winning contests for poetry and essays in her old Bengali school. She grew up writing in her native language, Bengali, and her attendance to her old cultural school cultivated a love for politics and diversity.

Being in a school with kids from many mixed backgrounds generated a deep appreciation for those with differing views and cultures, a trait that’s been nurtured by years of travel to countries around the world. These views are clearly reflected in her writing, where she likes to focus on politics and current events while keeping an open mind to the opinions and experiences of others.

After deciding to join the newspaper club in her sophomore year at Centereach High School, Mehek had a platform for her writing and could finally share her views. She wrote of ways to help low-income students study for the SATs, the advantages of community service, school events, sports teams and much more.

There are many things she has to offer journalism, and many things journalism offers her: “I could write about anything and no one will judge me- I could be opinionated and have a voice.”

A fan of debates and the discussions held in her newspaper club, Mehek dreams of using her voice to tackle more controversial and pressing issues in the real world, such as women’s rights and environmental protection.

She often takes comfort in writing literally in her backyard, using the nature surrounding her as inspiration, which subsequently created a deep respect for nature and a desire to raise awareness and encourage conservational efforts.

As an avid politics enthusiast, she hopes to use her voice in journalism to influence laws in order to one day change the world for the better.

At first glance, Mehek seems reserved and shy, but she quickly reveals herself as a fun-loving giggler with an infectious smile. Despite her smiles, Mehek is undoubtedly bright and determined to make her mark. “Mehek has high ambitions and prays to God for blessings and to lead a successful career and education,” her mom, Fatema Ahmed, proudly said.

Her years of interest in writing paired with her desire to make a difference has led her to set her ultimate goal: to work as a reporter in the White House. There, she would add to both the female and person of color workforce in Washington, a personal triumph for someone so interested in diversity and equality.

In the meantime, Mehek continues to write in hopes of inspiring a better tomorrow. “Words are powerful,” she said, “and even one person’s words can make a difference.”