By Mehek Ahmed
Centereach High School
A rising senior at Huntington High School, Michelle D’Alessandro,16, has had a technical upbringing, but a captivated interest in the literary part of her education.
…Continue Reading 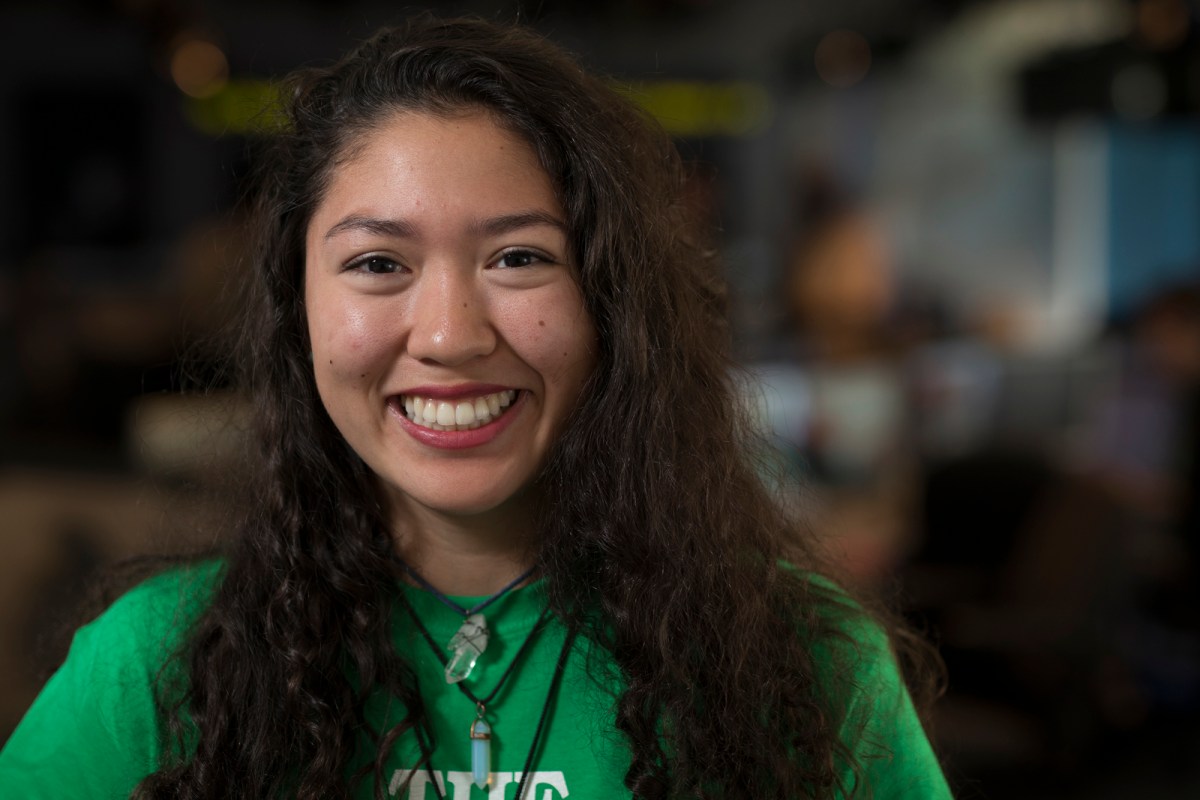 Michelle D’Alessandro has had a technical upbringing, but she has captivated an interest in the literary part of her education.

A rising senior at Huntington High School, Michelle, 16, was taught to grow up loving everything that surrounds her.

“I had a natural inclination to always read, but I was also very interested in ll of these other topics,” Michelle said.

Michelle’s parents are both computer engineers and exposed Michelle at a young age to science and mathematics, she said, adding that they also encouraged her to achieve interests such as art and music.

Michelle’s father and mother are from two different cultures. While her father is a half Italian and half Russian and Jewish, her mother is a Korean Christian. Due to their difference in customs and traditions, Michelle said she is open to newer philosophies and concepts.

“I grew up being really accepting of everything, and wanting to put myself in other’s people’s shoes to understand their experience,” Michelle said.

From an early age, Michelle’s mom had a particular regard for art.  “When I was young, I initially had the idea of becoming an artist.” Grace D’Alessandro said. “I love art and had wished to use my talent in it to do what I wanted. I changed my pathway later on because I realized that engineering was the more practical future career for me.”

Michelle also loves art, especially when it comes to photography, computer graphics and video editing. Her mother said she supports her decision on what she enjoys doing and to attend the Robert W. Greene journalism institute.

Michelle won spelling bee contests in her elementary school years. Since her earliest days in school, she learned how to speak and write in Spanish, and she learned Italian later on. She is also an avid reader with an affinity for grammar. Math and science was an underlying part of her hobbies. She said she enjoys helping her father fix things around the house, including electrical work.

“I helped him build our deck,” she said. “That gave me a good idea of technical design … It’s a lot of numbers and calculations and exact measurements. But it could also all be tied into art and design and being able to create something beautiful.”

Michelle said she significantly transformed her journey when she joined Huntington High School’s newspaper, The Dispatch. She’s written everything from recipes to movie reviews and was named editor-in-chief in her sophomore year, a role she will continue in this year.

“The Dispatch has brought the things I loved together,” Michelle said, adding that formatting and editing the paper takes up more of her time now. Additionally, she is interning for the newspaper advisor. “Me and Ms. Antorino share a very close relationship,” she said. “I was able to produce the biggest issue for the school newspaper last year.”

The paper covers topics from political debates to sports to business stories such as the introduction of Apple’s new battery case.

“Journalism gives me a way to learn about things and help people,” she said.

Michelle is a part of her high school’s literary magazine club as well, which features short stories, poems and art selections.

She said she likes meeting new people and learning about their hobbies.

“I always have a fascination with a wide variety of subject matters and seeing things in people’s point of view,” she said.

Although Michelle is intrigued by the study of journalism, and is still considering her career options.

As busy as she is, Michelle said she repeats a mantra to herself to avoid procrastination and keep her motivated. “Do it now,” she said. “Later is too late.”