Alexa Pendleton
Longwood High School
Niki Nassiri, a 16-year-old junior at Ward Melville High School, sees journalism as a way to examine the differences between where she was raised and where her roots are.
…Continue Reading 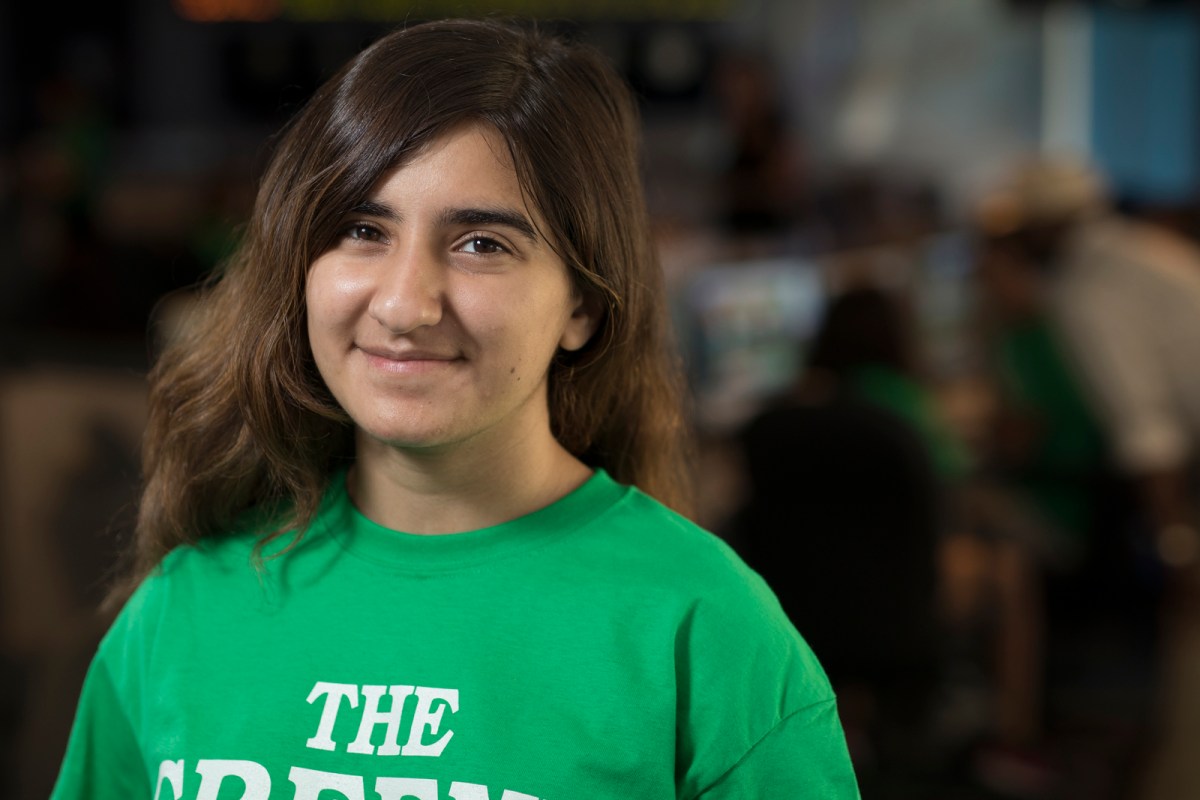 Niki Nassiri has spent her life with one foot in America and one foot on the other side of the world in Iran.

Niki, a 16-year-old junior at Ward Melville High School, was born in America. But her whole family lives in the Iranian capital, Tehran. She goes to visit them for several months every other year.

Her trips, her dual citizenship and having relatives in very different cultures have given her the opportunity to view the world from a different perspective. And she sees journalism as a way to examine the differences between where she was raised and where her roots are.

“I hope to use journalism to show American citizens that the Iranian people are just normal people like them with just a few different ways of living,” Niki said.

She is amazed by the difference in American and Iranian social values, she said. Educating children about puberty is considered inappropriate and unconventional in Iran. Meanwhile, in American society, people believe that such things should be discussed and embraced.

Niki thinks Americans in general are much less conservative, and although Niki respects her Iranian culture, she tends to live more along American societal values. Nevertheless, these clashing beliefs have helped to open Niki’s mind to differences in societies all over the world.

Niki’s interest in journalism began at a very young age. She has always enjoyed reading and writing, and often refers to herself as a “book worm.” As a child, Niki wanted to become an author. As time passed, she soon realized writing novels was not something she was motivated to do. This is when she found herself looking for an alternative, while still doing what she loves. When she was young her parents would often find her rooted in front of the television, watching the news. To Niki, this was the first sign.

In fifth grade, Niki had her first experience with journalism working on the school’s newspaper. In middle school, she worked her way up to entertainment editor of that paper.

Around seventh grade, Niki started to reevaluate the choices she was making in life. “I wasn’t doing things to make me happy; I was always busy doing things to make my friends happy,” Niki said. She realized everything she was doing was to please other people and she needed to work on her own happiness.

Niki stopped attending events that she didn’t truly enjoy and began following her true passion, Key Club. Its focus is on community service and helping others. One of Niki’s main interests in Key Club is volunteering in soup kitchens.

When asked what inspires her every day, Niki replied: “doing what makes me happy.”

The outgoing student will increase her happiness this fall by taking on the role of news editor at her school paper, Kaleidoscope.

“Writing has always been something she’s into,” said Niki’s longtime friend, Faima Quadir. “It’s something she always talks about.”

Niki expects to take her journalism to the next level by majoring in it in college. She is considering Stony Brook University and Syracuse University.

And after college, “even though it may be dangerous,” Niki said, “in the future I hope to be a newspaper correspondent in Iran. I want a connection to my home place.”