By Michelle D’Alessandro
Huntington High School
Since the inception of Pokémon Go on July 6, students and visitors to Stony Brook University have taken to the great outdoors and immersed themselves in augmented reality. The app has been praised as a great way for people to get additional exercise and for businesses to increase store traffic.
…Continue Reading 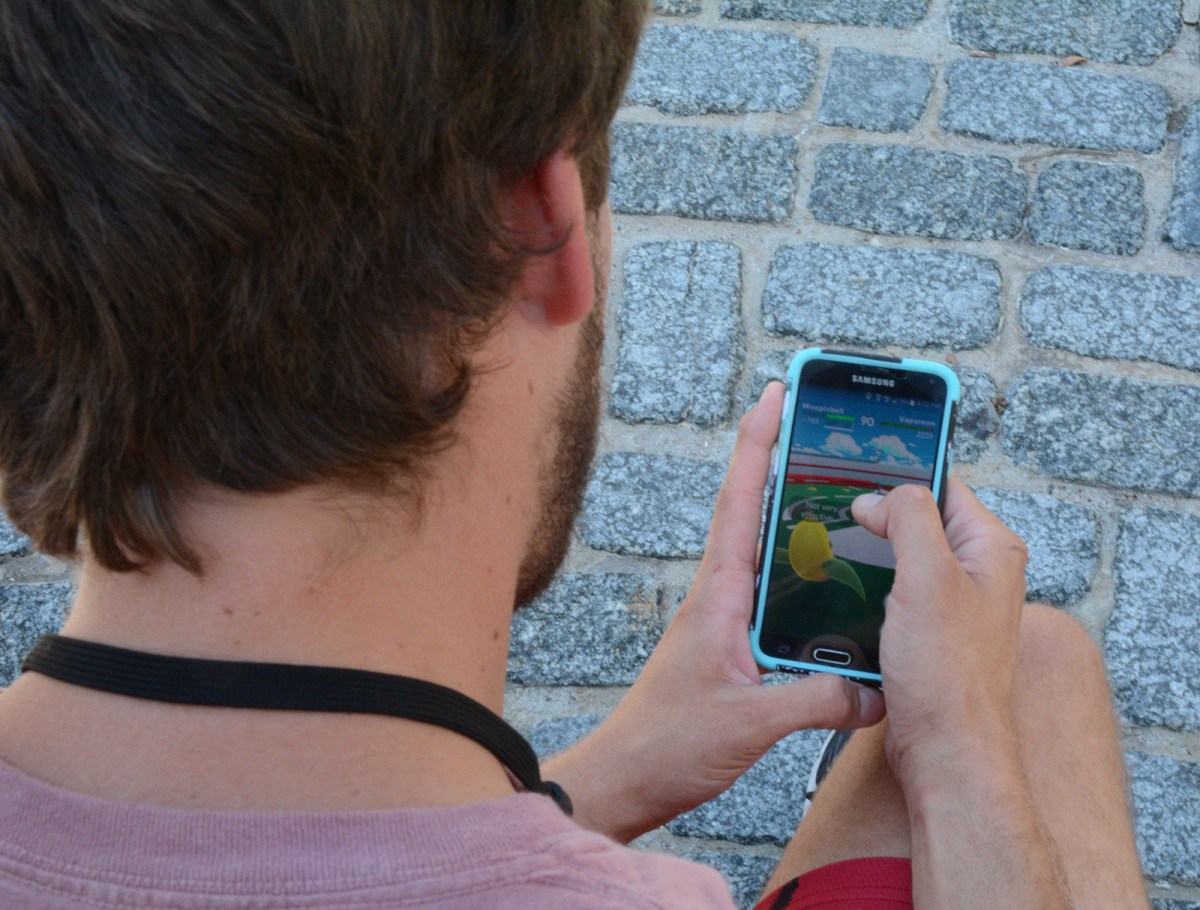 Since the inception of Pokémon Go on July 6, students and visitors to Stony Brook University have taken to the great outdoors and immersed themselves in augmented reality.

Due to the physical involvement of the popular app, many have praised it as a way to get players out of the house and exploring their outside surroundings in order to arrive at the destinations known as Pokéstops.

“It gets people to go out and explore new places,” said Stony Brook student Jessica McCarrick, as she played the game with her boyfriend outside the Student Activities Center.

That shared sense of camaraderie at these Pokéstops — players coming together to enjoy a game they’re all passionate about.

It’s not all fun and games though. In the wake of the app’s viral success, many businesses have decided to buy lures, which can be placed at their business in order to draw players their way for $10 a day, or even offer special deals to Pokémon players based on their level, if they’ve acquired certain rare Pokémon, or even the teams they’ve chosen.

“I mean, that’s very smart It’s a great way to make money for the company,” said student Taranveer Randhawa, who played with a friend on the Academic Mall. Randhawa had heard of businesses taking advantage of the game when he received an email from GameStop. “On August 1st, they have an event happening every 2 hours where they’ll put a lure out so people can come and buy games or hang out and catch Pokémon,” he said.

School of Social Work graduate student Sharif Ismail jumped at T-Mobile’s offer of a year of unlimited high speed data for playing Pokémon Go. “I think it’s to be expected,” he said. “I mean, Pokémon is a huge franchise and businesses benefiting off of it — it’s a good idea.”