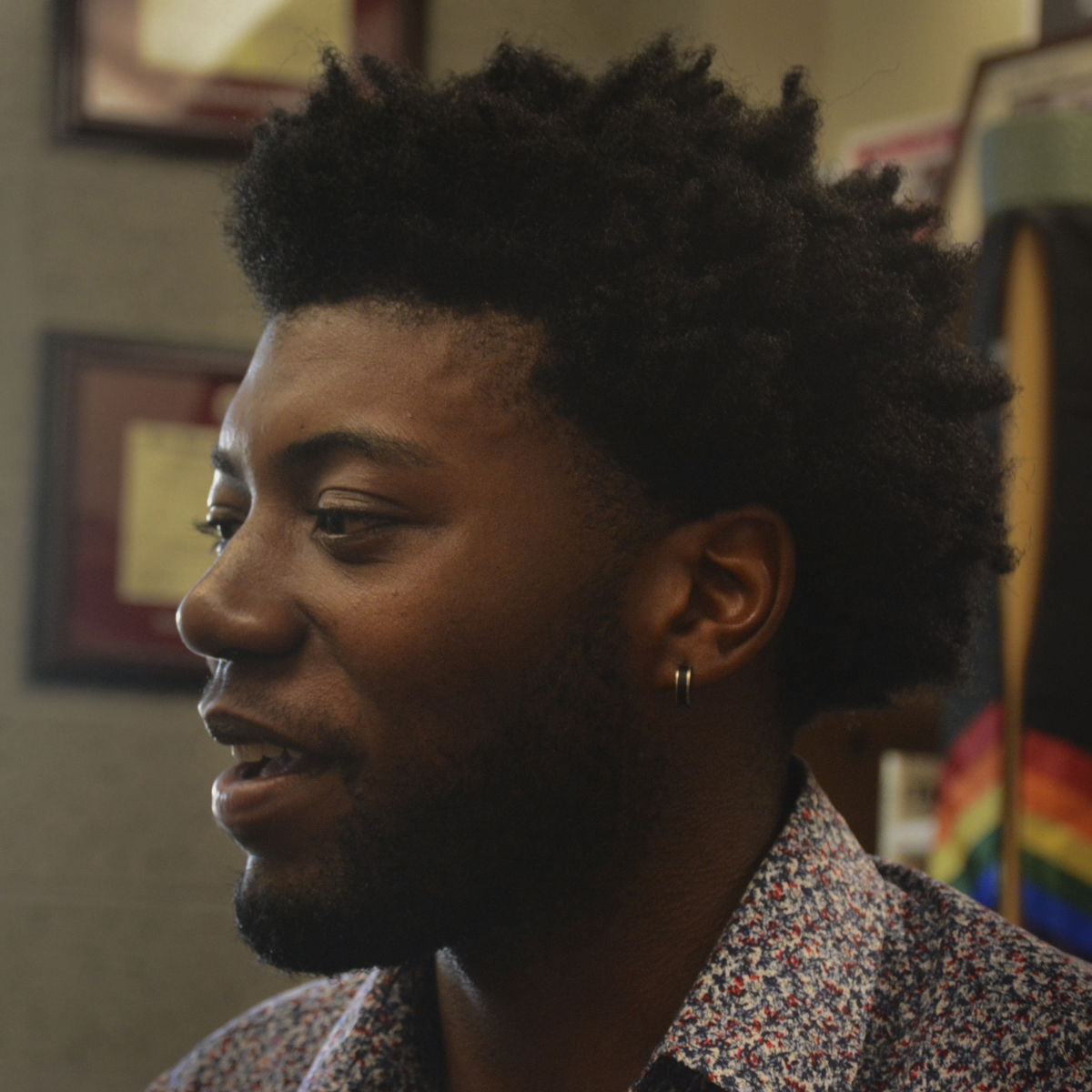 Dwayne Moore, president of the Black Student Union, sits for an interview on Tuesday July 26, 2016.

“At times I feel as Stony Brook caters to certain ethnicities more than others, and I don’t want that to be the case in 2016,” said Dwayne Moore, a senior who is president of the Black Student Union.

While Stony Brook is the seventh most diverse university in the nation, according to bestcolleges.com, university officials and students aren’t satisfied with that.

The Plan for Equity, Inclusion and Diversity, a nine-page document that can be found on the university’s website, doesn’t just cover race and ethnicity: It covers other issues such as sexuality, identity, and ableism.

“The aim of this plan is to build on successes and address opportunities to take Stony Brook University to the next level in its efforts to enhance student, faculty and staff diversity and to build an inclusive community,” reads the document. “The plan elements come out of many discussions and written exchanges with students, faculty and staff of different races, ethnicities, ages, genders, religions, abilities, socioeconomic levels and sexual orientations.”

The Diversity Plan was triggered in part in reaction to demonstrations by students at the University of Missouri last year, a clash between the administration and student body that earned worldwide attention.

“We were proud and happy how the people of Missouri handled themselves, and how it was made a national conversation, and the attention they were given was definitely well deserved,” Moore said.

The goal of the Diversity Plan is interaction between the faculty, staff and students that allows them to make changes in a peaceful manner, Watson said.

“We need more voices at the table,” Watson said. There are working groups discussing the issues in the plan, but he said they need to be expanded.

The African American civil rights movement of the 1960s, Jarvis said, opened a door for discussion of the experiences of other historically oppressed groups, such as the LGBTQ* community.

Some tangible changes have already taken effect on Stony Brook’s campus. The school designated all-gender bathrooms in the Student Activities Center since it hosted the Northeast LGBT Conference last April.

Advocates hope the practice spreads campus-wide, and then nationwide.

Watson says his goal is to improve the visibility of minorities on campus to “recognize the contributions that student make towards a university but to also understand the challenges that come along as being a student in general, but the uniqueness of being a black student, a Latino student in a predominantly white school.”

Moore said he feels that Stony Brook is a long way from making Stony Brook inclusive, making sure everyone feels not only welcomed, but equal.

The goal of the Black Student Union and the Diversity Plan, Moore said, is for students to feel that Stony Brook is a safe, enjoyable place in which to spend four years of their lives.

He said he hopes to continue the dialogue with administration and staff to push their ideas and ensure that the changes at the school are not just happening for his time at Stony Brook, but for years to come.

“I hope this Diversity Plan will lead the way,” Moore said, adding that once he is prepared to graduate, he “hopes there is someone to pass the baton to.”