By Peter Lupfer
Longwood High School
The Long Island Ducks’ 2016 season is winding down with an electric atmosphere that surrounds the team and powers the players to victory while also raising all-time attendance close to seven million. The team’s director of marketing said they hold the league records for all time attendance and sellouts.
…Continue Reading 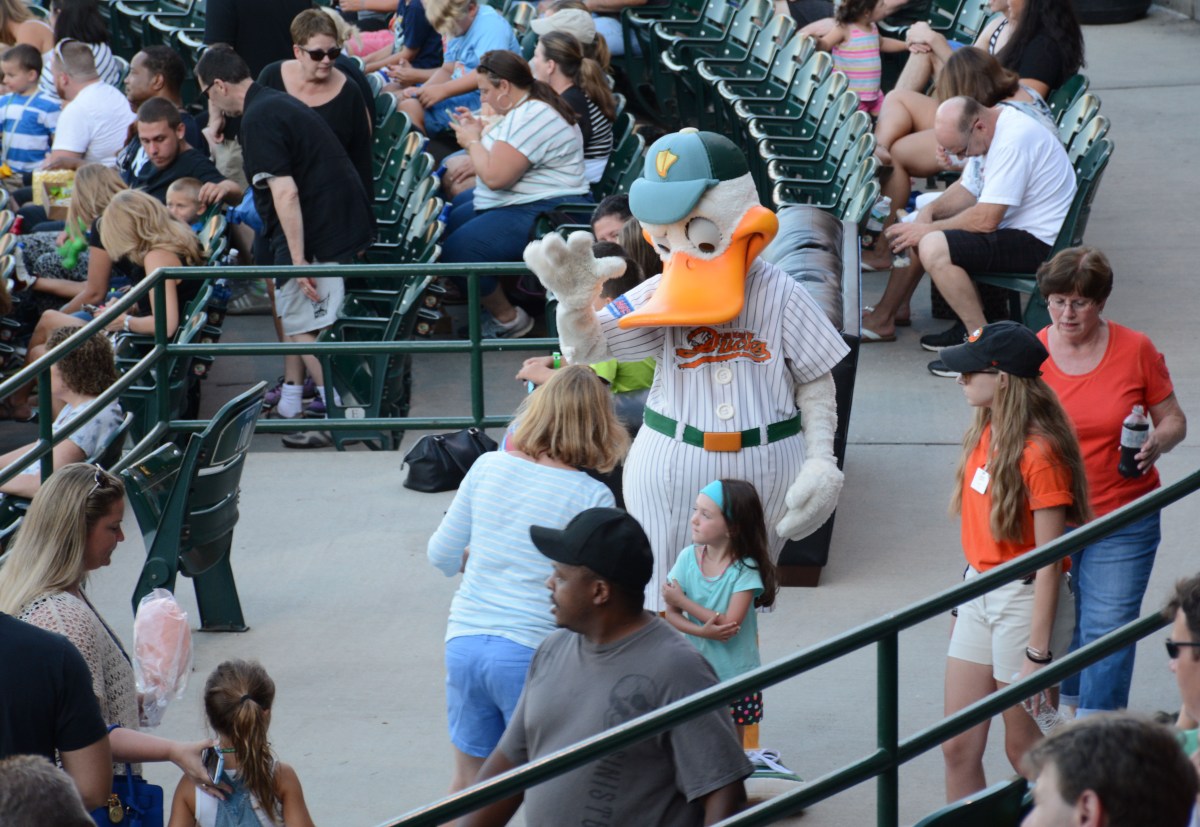 Leading up to Wednesday night’s double header at Bethpage Ballpark, excitement surrounding the Long Island Ducks was off the charts. The 2016 season is winding down with an electric atmosphere that surrounds the team and powers the players to victory, while also raising all-time attendance close to seven million.

“The Ducks hold the Atlantic League records for all time attendance and sellouts,” said Michael Polak, Director of Media Relations and Broadcasting for the Ducks. “We’re having another great year and averaging over 5,100 fans per game.”

More than 6.8 million fans have cheered the Ducks on since they played their first game in 2000.  A source of their success has been the location of the ballpark.  Many fans said they would love to attend major league contests but cannot make it to New York City for the Yankees or Mets.  Having a team in Suffolk County has proven to be a solution to this issue for 17 years straight.

Walter Woolsey, a long-time Ducks fan, said that having a team of their own brings the community together. “This team is great for Suffolk County,” he said. “It’s local, tickets are cheap, and you have a great evening.”

A large portion of this ever-growing community is children who are excited to experience a ball game. Aside from the contest itself, young fans can partake in a plethora of activities to keep busy and make memories.

Between innings events such as dizzy bat – where one spins on a baseball bat and attempts to cross a finish line without falling – allow kids to compete in a friendly manner.  In another area a bounce house and blow-up slide provide a way for kids to release their pent up energy.

Young fan Michael Savino loves the atmosphere that surrounds a game.  “They’re a really popular team and I think that’s good because I really like them!”

To go along with their winning team, the Ducks have a champion fan base behind them.  Since the Atlantic League’s inception in 1998, they have accounted for 20 percent of ticket sales.  Most nights the vast majority of Bethpage Ballpark’s 6000-plus seats are full.  For Ducks enthusiasts, the reason is simple.  A home game with Suffolk’s favorite team is fun for all ages.

As far as the approaching milestone of drawing in seven million fans, spectator Tom Savino had only one emotion to relay.

1 thought on “Ducks fans are birds of a feather”