By Ilona Kaydanov
Hauppauge High School
For Stony Brook University graduate student Steven Adelson, voter registration is a team sport. The 22-year-old Plainview resident coordinated the registration of more than 3,000 students to vote on campus. Next month, Adelson will be honored with a Hidden Heroes Award recognizing his hard work registering students to vote.
…Continue Reading 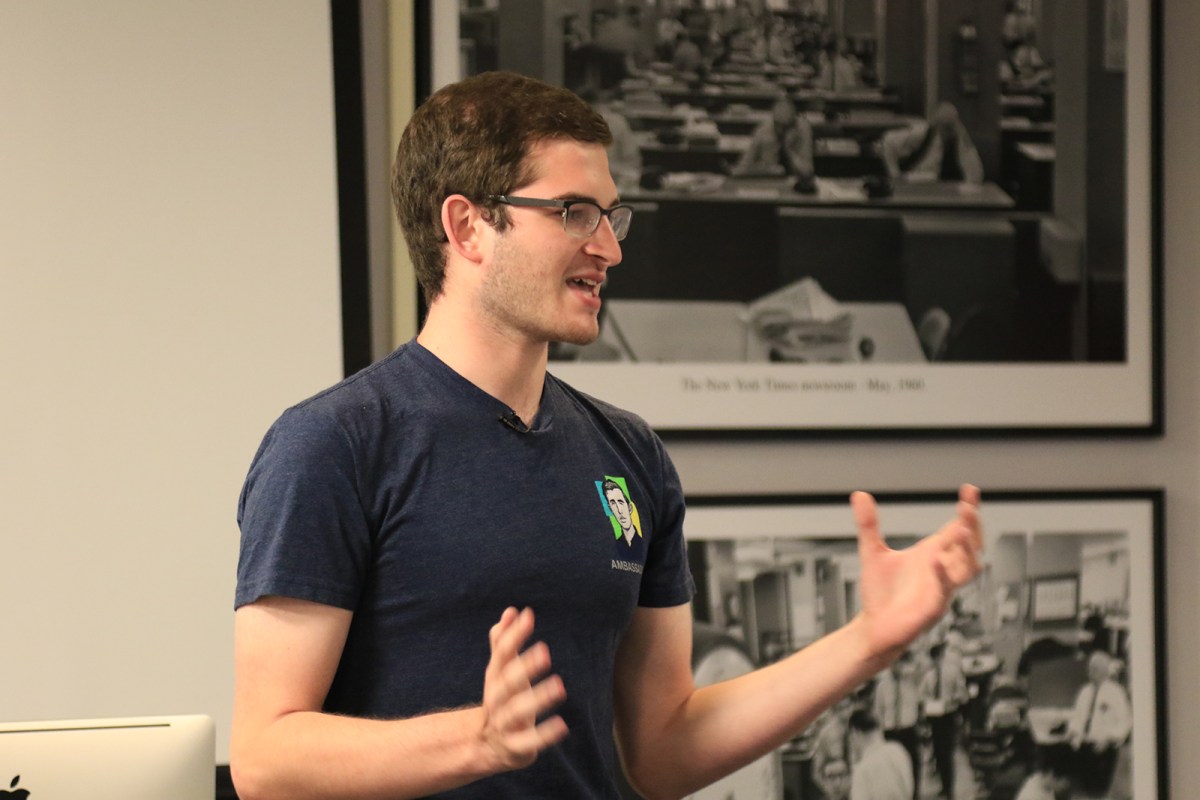 Adelson, who coordinated the registration of more than 3,000 students to vote on the campus, downplays his contribution.

“It’s a testament to students wanting to get involved in the political process even at that low level of just actually voting, because that’s critical, every vote matters,” he said. “Your vote is your voice.”

Adelson, 22, of Plainview, is an ambassador in the Andrew Goodman Foundation’s Vote Everywhere program. He and his team focus on registering incoming freshmen and transfers at Orientation.

“My first day I registered 91 students and it was really exciting because a lot of them were actually engaged,” said Adelson, who is studying higher education administration.

The Andrew Goodman Foundation is honoring Adelson with a Hidden Heroes Award next month because of his hard work registering students to vote.

According to the foundation’s website, the award is given each year to “ordinary people who do something extraordinary.”

This is not Adelson’s first foray into civic engagement. As an undergraduate, he was elected vice president of academic affairs in Stony Brook’s Undergraduate Student Government.

In his junior year, a Student Affairs staff member introduced Steven to the Andrew Goodman Foundation. The nonprofit was started in memory of Andrew Goodman, who was murdered along with two friends, James Chaney and Michael Schwerner, by the Ku Klux Klan during the Freedom Summer of ‘64 while they were registering voters in Mississippi.

The case was one of the most striking examples of the brutality that civil rights workers faced while trying to help black Americans exercise the right to vote.

“Andrew lost his life trying to make a difference in people’s lives and in our nation and so the Andrew Goodman Foundation was founded in his honor and in the honor of all these incredible people who made the ultimate sacrifice for people’s rights in this country,” Adelson said. “And I’m incredibly proud to be a part of this organization and what it’s doing and I’m really excited about what we’re going to be able to do next.”

Assistant Dean of Students Ellen Driscoll, who advises Adelson in his role as a Vote Everywhere ambassador, said the credit should be all his own.

With each registration, Steven and his team are doing what they can to combat voter apathy. “If everyone thinks that my vote does matter, then together, we matter as one,” he said.