By Niki Nassiri
Ward Melville High School
A Month of Sundays, a film produced by Madman Production Company and written/directed by Matthew Saville, was shot in sunny Adelaide. Saville manages to incorporate a dry sense of humor in a plot that is mostly about grief, depression and loneliness.
…Continue Reading 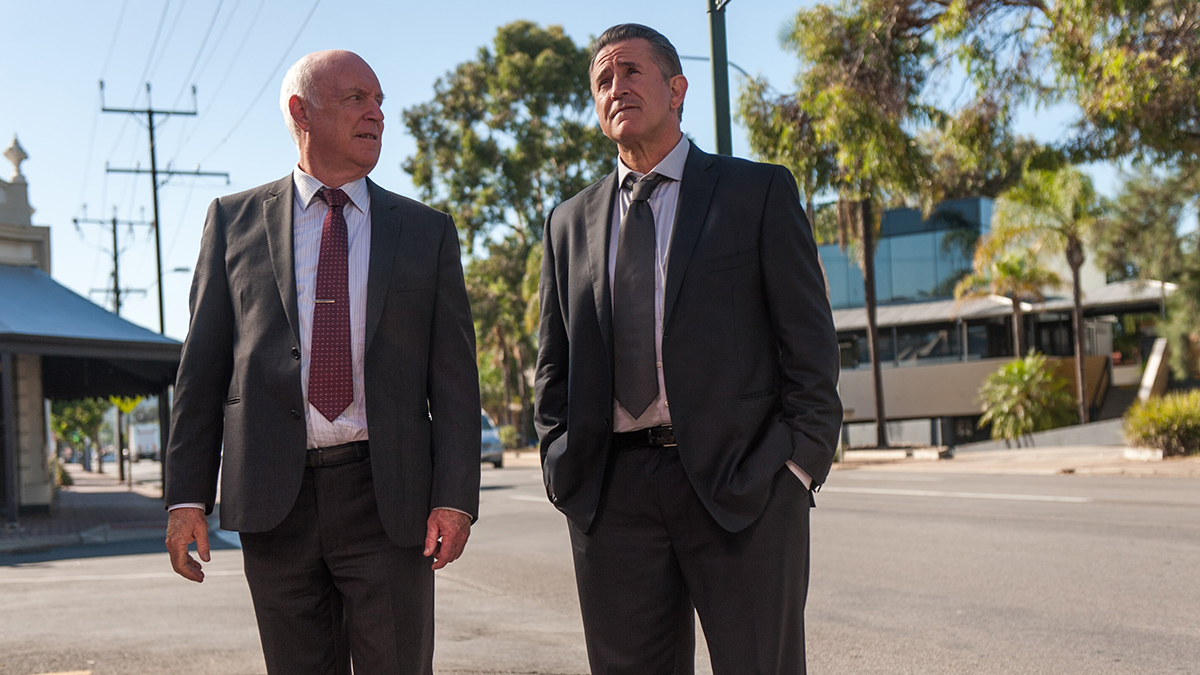 Frank Mollard (Anthony Lapaglia) is a recently divorced, depressed real estate agent who can’t seem to connect with anyone — whether it be a client or his teenage son. With a nicotine addiction and an inability to sell houses during a property boom, his life seems to be going downhill — until he receives an unexpected phone call from someone he believes is his deceased mother.

His confusion is the central conflict in A Month of Sundays, a film produced by Madman Production Company and written/directed by Matthew Saville. Shot in sunny Adelaide, it was as if the script was made for the main actors and Anthony Lapaglia and Julia Blake, who plays Sarah, did not fail to deliver. Saville manages to incorporate a dry sense of humor in a plot that is mostly about grief, depression and loneliness.

There is no doubt that Frank continually trying to insert himself into Sarah’s everyday life is very creepy. The homeliness of Sarah’s home compared to the coldness of his own apartment provides Frank an escape into an alternate reality by pretending that Sarah is his mother. By doing this, he ignores all his problems rather than trying to fix them. Damien (Donal Forde), Sarah’s son, has good reason to warn his mother to be wary of him.

The climax to Sarah’s death scene was executed perfectly. The panning of an empty house, the sound of the whistle of a teapot, the anxious knocks on the door – the entire audience was in dead silence and sitting on the edges of their seats. Although Sarah’s character was a fan favorite within the audience, her death scene was completely necessary. Her passing provided the gateway to Frank getting his life back in order by being able to see himself in Damien.

One part of the movie that was executed poorly were the problems between Frank, Frank Jr. and Wendy (Justine Clarke). The three can barely get along. Frank doesn’t know how to communicate with his son and Frank Jr. can barely care about his father, much less respect him, at one point even calling him an estranged husband. Wendy barely trusts Frank with their son and constantly assumes the worst, which may be a reason for the crippled father/son relationship. The bond between Frank and Frank Jr. is magically fixed in a moment when Frank compliments his acting skills. Suddenly, Frank Jr. throws himself onto his father, sobbing and hugging him.

There is no closure between Wendy and Frank and is left open ended. This subplot seemed rushed and incomplete, as if Saville suddenly remembered that Frank’s character had an ex-wife and son. Saville might have been better off completely throwing this part out.

A Month of Sundays is definitely not for everyone. The plot was very spread out, and the movie could’ve been a little shorter. Some parts are moving, some parts are funny, however some areas may have had the audience’s thoughts elsewhere.