By Emily Glennon
East Islip High School
Stony Brook University is the first SUNY campus to add mulit-stall, all-gender restrooms to campus locations convenient for students. The additions have not sparked the controversy seen in states such as North Carolina, and in fact, the school’s director of facilities said the negative responses have been marginal.
…Continue Reading 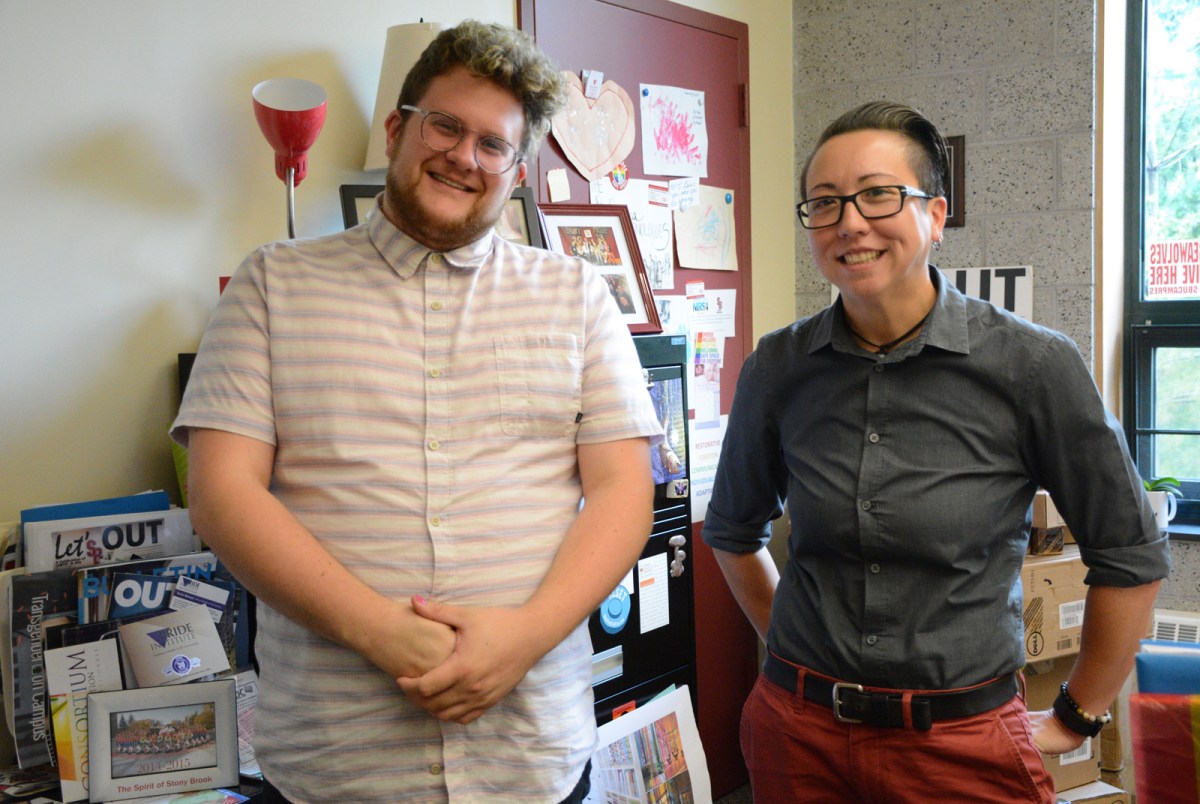 All-gender restrooms have been a hot political topic around the country in recent years, and Stony Brook University is taking the issue head-on as the first SUNY campus to install them.

The move hasn’t prompted anything like the controversy going on in places like North Carolina, which has lost millions in tourism revenue in response to its law against limiting municipalities from passing statues protecting the LGBTQ community.

Director of Facilities Howard Gunston called negative reactions to the college’s decision marginal. “I have gotten more heated emails when I changed chair colors than when we changed the bathrooms,” Gunston said.

The restrooms are intended to make all users feel comfortable, according to Chris Tanaka, coordinator of LGBTQ services at Stony Brook. “If you say it’s for everybody, now men, women and anyone else in between have a place to use the restroom,” she said.

Before the newly designated restrooms, transgender students would walk across campus or back to their dorms to use a bathroom where they felt comfortable, Tanaka said. It was important that the all-gender restrooms were in areas of the campus where they were needed, Gunston said.

Only a few of the restrooms have been changed, so people still have options. “There’s no reason why we shouldn’t do it,” said Tanaka, “because it’s expanding who can use the space, not restricting it.”

It started at the Northeast LGBTQ college conference in April, which the regional organization held at Stony Brook. Conference organizers asked the school to open bathrooms for all-gender use for the weekend. After the school agreed, according to Jxhn Martin, graduate assistant to Stony Brook’s LGBTQ services team, committee member Heather Savino took it a step further.

“Then Heather had this brilliant idea in the middle of a committee meeting,” said Martin, quoting Savino: “‘If we can do it for a weekend, why can’t we do it permanently?’”