By Mehek Ahmed
Centereach High School
Stony Brook University graduate Ruchi Shah has not only maintained a 4.0 grade point average, reigned as homecoming queen, and taken part in a host of extracurricular activities — as she enters medical school, she remarked that her goal is to make science more accessible to everyone.
…Continue Reading 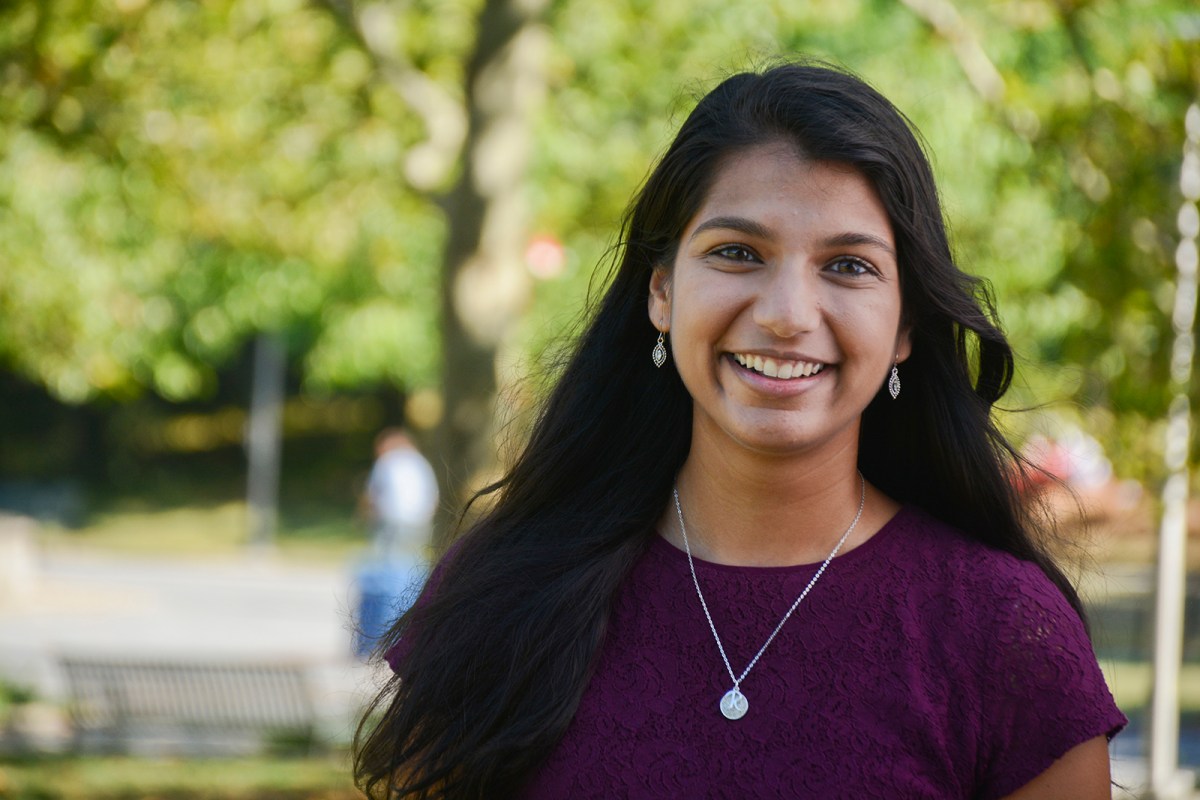 Ruchi Shah, a biology major, created her own line of mosquito repellent called “Mosquitos Be Gone.” The repellent is extremely affordable and was developed to prevent mosquito borne diseases. ( Photo by Alexa Pendleton/ July 29, 2016)

Stony Brook University graduate Ruchi Shah has not only maintained a 4.0 grade point average, reigned as homecoming queen, and taken part in a host of extracurricular activities.

She was also named one of Glamour Magazine’s Top Ten College Women of the Year for 2016, is co-author of a major scientific paper, and is an entrepreneur whose potentially life-saving product and philosophy demonstrate her care for people around the world.

As she enters medical school on a personal journey to become a physician, she remarked that her goal is to make science, the engine driving her company and altruism, more accessible to everyone, she said.

Shah, whose mosquito repellent may soon help many people resist a deadly disease, spreads her message of science as a healing art by speaking on television shows as well as writing articles on biomedical research.

Shah was fifteen years old when she traveled to India to meet her ill uncle, who was suffering from dengue, a mosquito-transmitted disease. She was shocked to see so many people struck with the disease – and vowed to do something about it and help end mosquito epidemics common in developing countries.

“That image of seeing this long line of people outside of a clinic waiting for treatment for mosquitoes is something that I will never forget,” said the creator of an all-natural mosquito repellent. “It was also sad and heartbreaking.”

Shah said she has liked science since her childhood days.

“I remember this book it was like Magic for Scientists, and we would make invisible ink out of lemon juice,” she said during a recent visit to Stony Brook University, where she will attend medical school in the fall. “Science was just something really fun I loved to do with my parents.”

But she says her passion developed a few years later.

“I think my interest for science began when I was in high school,” she said. “I was going to these science fairs and talking to people about the work I’ve been doing. I realized it was so important to do good science but to explain it to people.”

Her interest in science and her trip to India led to creating her mosquito repellent in her garage.

“I think then coming back to my science research class and finally seeing science as the medium to help them was really exciting,” she said.

Shah is chief executive officer of Mosquitoes Be Gone.

“I currently have nine interns who are working for my company here on campus,” she said, adding that she has shared her research in 60 countries. Still, her repellent remains in the development phase.

She was a volunteer at Camp Kesem, a summer program designed for the children of cancer patients, said Stony Brook University Assistant Dean of Students, Ellen Driscoll.

Ruchi took part in research in a campus pathology lab under Dr. Kenneth Shroyer, who describes her as someone who takes initiative.

Dr. Shroyer, who was referred to Ruchi by his wife, said he was impressed with her maturity and interest.

He’s been researching for nearly twenty years. Dr. Shroyer and Ruchi are co-authors of a study that found an inverse correlation between the amount of keratin, or oncoproteins, and the likelihood of survival of late or early patients of cervical cancer.