Wasim Ahmad spent six years at newspapers in Minnesota, Florida and upstate New York before coming to Stony Brook in the Fall 2009 semester where he was an assistant professor for six years. He is currently a Technical Specialist at Canon USA.

Ahmad graduated with a Bachelor of Arts degree in English from Binghamton University and a Master of Science in photography at Syracuse University. He started his career working for the Binghamton (N.Y.) Press & Sun-Bulletin as a reporter and then went on to work as a copy editor and page designer.

In 2004, Ahmad went to work for the St. Cloud (Minn.) Times, but he returned to Binghamton in 2005 and was promoted to Newsroom Online Content Producer, where he was in charge of overseeing editorial content for the newspaper’s website and trained staff in multimedia journalism. His work on the newspaper’s website during the area’s worst flooding brought news about the disaster to more than three million visitors in a single day.

In 2007, Ahmad left Binghamton to serve as Web editor at the Naples (Fla.) Daily News, where he was responsible for Web operations for the newspaper and its sister publications.

Ahmad’s work has been recognized by the Freedom Forum and the Center for Innovation in College Media.

Connie Conway is a television/radio reporter with more than 30 years of experience. She worked most recently for Long Island Public Radio as News Director, Reporter and host of the “Evening Report.” Before that she was a Reporter at News 12 Long Island for 13 years. Connie covered stories from 9-11 to the East End wildfires. And throughout her career she has won 20 awards, from the Associated Press, Long Island Press Club and the International Communicator awards club, to mention a few. She has taught broadcast journalism at Stony Brook University and is Chief of Staff for the Town of Southampton Supervisor’s Office. 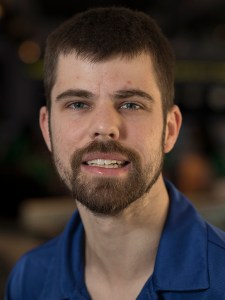 Jordan Lauterbach is a sports reporter for Newsday who has covered professional and high school sports. He previously worked as a reporter at Patch.com. This is his second year coaching Greene Team members about covering sports.

Frank Posillico spent five years at Stony Brook University’s School of Journalism before graduating in 2013. Since then Frank has worked for the New York Daily News as a Photo Editor and now Video Producer.

While at Stony Brook Frank served as Editor-in-Chief of The Statesman, the campus newspaper of record, from 2010 to 2013. He was also a member of the Society of Professional Journalists and a board member of the School of Journalism Advisory Board.

Frank has worked with the Robert W. Greene Summer Institute for High School Journalists since 2010.

Basil John is a graduate of Stony Brook University’s School of Journalism as of May 2016. He graduated with a Bachelor of Arts in Journalism and a minor in Political Science.

During his time at Stony Brook University, John served as the Assistant Multimedia Editor of The Statesman for 2 years and interned with CBS News in the spring of his senior year in the broadcast marketing department. John assisted multiple times in breaking news coverage, whether it be at Stony Brook or while at CBS.

John has been part of multiple news shows and was also present during the School of Journalism’s first iteration of their live shows. He played a reporting role in every live show since 2013 and was the producer of the homecoming live show this past year.

His work and experiences has been recognized by organizations such as the Press Club of Long Island and the James Alan Cox Foundation. John was also the first ever recipient of the Marcy McGinnis Scholarship for Broadcast Journalism.