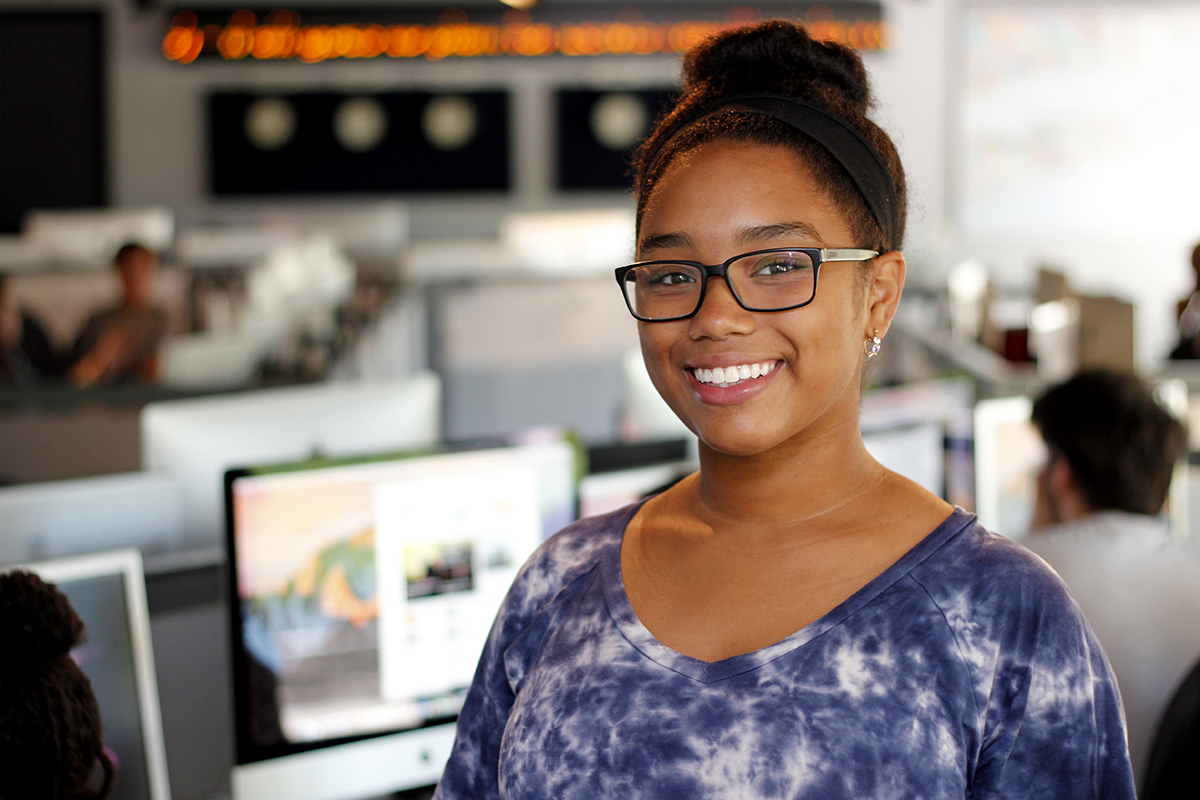 From practically the day she was born, swimming was the focal point of Adelyn Veras’ life.

In She loved being an athlete and considered her teammates her family.

But in the ninth grade, a personal problem forced her to stop swimming. She was needed a new passion- which turned out to be journalism. And that brought her to Stony Brook University for a week this summer as part of the Robert W. Greene Summer Institute for High School Journalists.

The earliest memory Adelyn has of writing is a creative writing class she took in the sixth grade. It helped her to develop her syntax, fundamental essay skills and ability to cite resources.

So far in her high school career, the class that helped her the most in her writing is AP English, which helped to further develop her essay writing skills as well as exposed her to a multitude of writing styles.

However, her path to being a journalist truly began on the day in her sophomore year when her teacher, Ms. Kelly, asked if she was interested in joining the journalism class, which produced the school newspaper.

Adelyn is “very determined when it comes to her writing, very passionate about the school newspaper and goes above and beyond when it comes to writing,” said her friend Sabrina Abbamonte. “She’s definitely been someone that helps me when I’m struggling with a piece of writing.”

As for her own writing, as a member of the Greene Team, Adelyn is most looking forward to writing with her peers and having the opportunity to get information directly from a source instead of having to research online.

She has two younger siblings — sister Daya, 11, and brother Gabriel, 10. She has diverse music tastes, everything from Jay-Z to Demi Lovato. Besides journalism, she also loves photography and volunteering. She has done fundraising for the Breast Cancer Coalition, whose president is Lorraine Geyer, a breast cancer survivor.

She ran in the “Run for Riley,” a 5K event to raise money for Riley McCandless, a student at her school with cancer.

She acknowledges that her desire to study journalism in college has been “an on-and-off feeling.” But the Greene Institute has given her insight into journalism so she may want to go into broadcasting.

“The experience I want to have,” Adelyn said, “is to learn and absorb new techniques and bring them back to my own newspaper to improve it.”