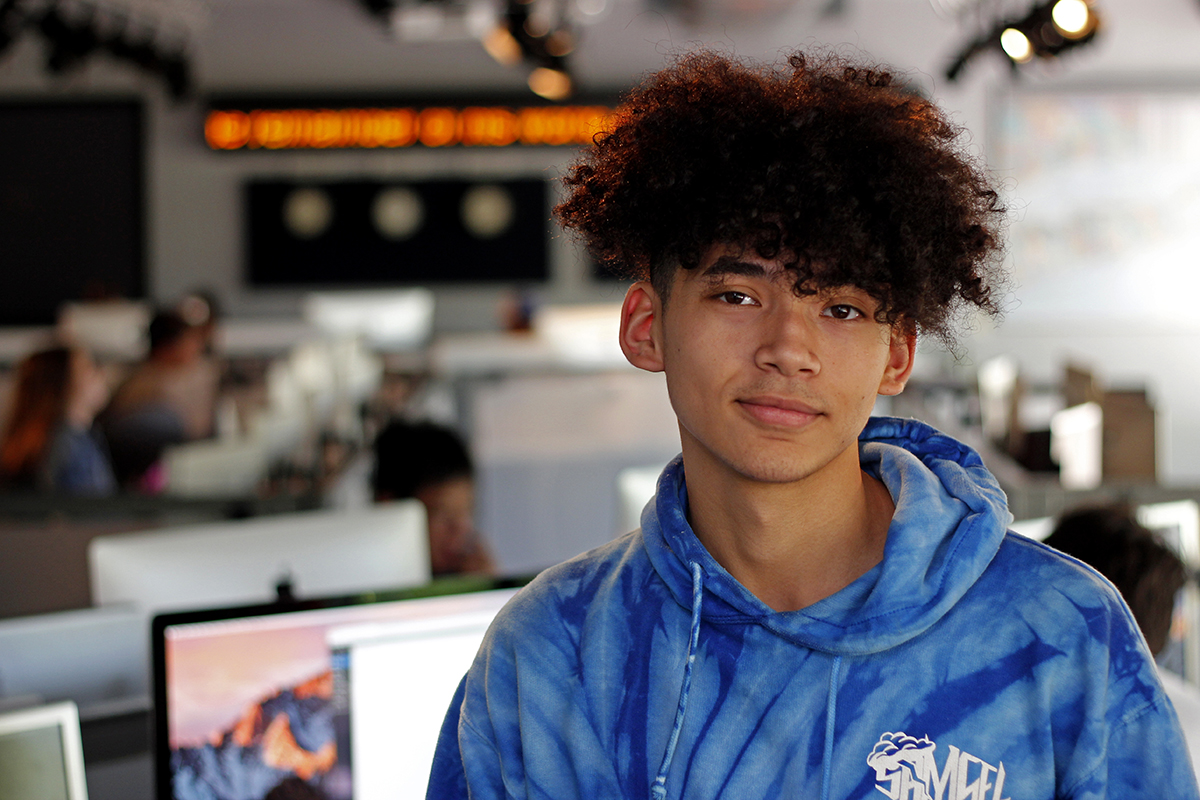 It was in tenth grade that Chantha Bracero decided he wanted to produce TV shows.

The inspiration came from a program he took last year called Reel Works Teen Filmmaking at Edward R. Murrow High School in Brooklyn. He learned the ins and outs of editing and film production while making a short, personal documentary over six months. Chantha said that this experience inspired him to produce more films.

“The concept of creating something that millions can enjoy and just reflect upon for a deeper meaning was always amazing to me,” Chantha, 15, said.

He has always been motivated to try new things and explore all aspects of media: from writing an article on school lunch in grade school to an interest in YouTube during middle school.

“I prefer being behind the camera,” Chantha said. Besides filmmaking, he plays table tennis and enjoys drawing. His music tastes include soft rap and R&B.

Chantha has a brother, Mason, 10, and a sister, Jada, 20. Chantha’s mother, Gloria Bracero described her middle child saying, “He can be laid-back, but when he is focused on a task he exceeds expectations.”

He aspires to create content that is “outside of the box” and would inspire his viewers. He has always admired filmmaker Steven Spielberg, whose works include “E.T.,” “Jaws,” and the animated film “The BFG.” Spielberg’s ability to generate a movie from a book kindled Chantha’s interest and creativity in storytelling. He plans to start to animate with a drawing pad to produce a concept for a TV show.

Chantha said he was excited to participate in the Robert W. Greene Summer Institute for High School Journalists and was honored to be “given the opportunity to gain more insight” into the field.

He believes that journalism and filmmaking are closely related. And Chantha is excited to see what he can do to turn his passion into his paycheck.

“Filmmaking is something I enjoy,” Chantha said, “and I believe that if you enjoy your job, you’ll never work a day in your life.”