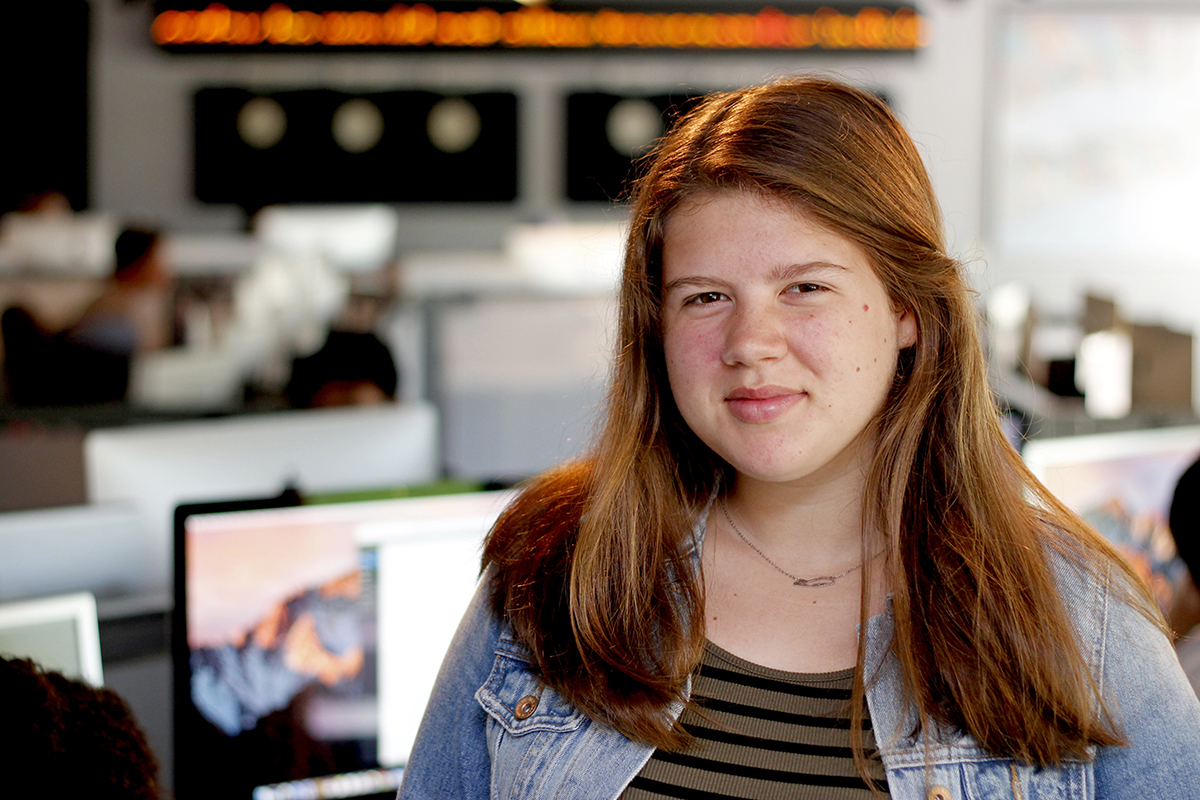 Madison Callinan started out exploring the world by reading books in the library. Now she wants to explore the real world as a photojournalist.

“I’ve always found the library to be not only my second home but also a ticket to anywhere in the world,” said the 17- year-old rising senior at Kellenberg Memorial High School in Uniondale.

Madison’s parents have encouraged her love of reading. “I never liked reading as a kid, because I wanted to go outside and play sports,” her mom, Meg Callinan, said. “Now I am avid lover of books and so happy that Madison is the same.” Madison’s siblings — Jacqueline, 15, and Michael, 13 — share her love of literature.

The interest in reading led her to start writing. She began her journey into the journalism field in middle school when she joined the newspaper, The Early Bird. She interviewed New York Mets player Daniel Murphy for a feature article in Kidsday, the student page in Newsday. “The experience of meeting a celebrity and going behind the scenes further inspired me to look into journalism,” she said.

Madison was a ballperson at the US Open in 2015 and 2016. The second year she was interviewed by a CNN reporter and featured in an August 2016 online article about her experience. “Being interviewed and featured in an article on a national news network was amazing,” said Madison, who will return to Forest Hills this August.

This summer, Madison was accepted into the University of St. Andrews International Summer Program in Fife, Scotland. She met students from around the globe and was introduced to Farsi, a language she hopes to continue studying. The three-week program enabled her to expand her knowledge of literature and to realize her wanderlust. “Learning a completely new language like Farsi made me realize how much there is to explore and learn,” she said.

At Kellenberg, Madison strives to explore and learn by getting involved in many clubs and activities such as the bowling team. She is a leader in the Communications Club, making on-air announcements and producing videos. As a member of the Website and Social Media Club, she writes articles about school events.

Madison tries to take advantage of every opportunity to improve her communications skills, especially through the six-day Robert W. Greene Summer Institute for High School Journalists. “I wanted to learn not only about the world,” she said, “but also how to change it for the better.”