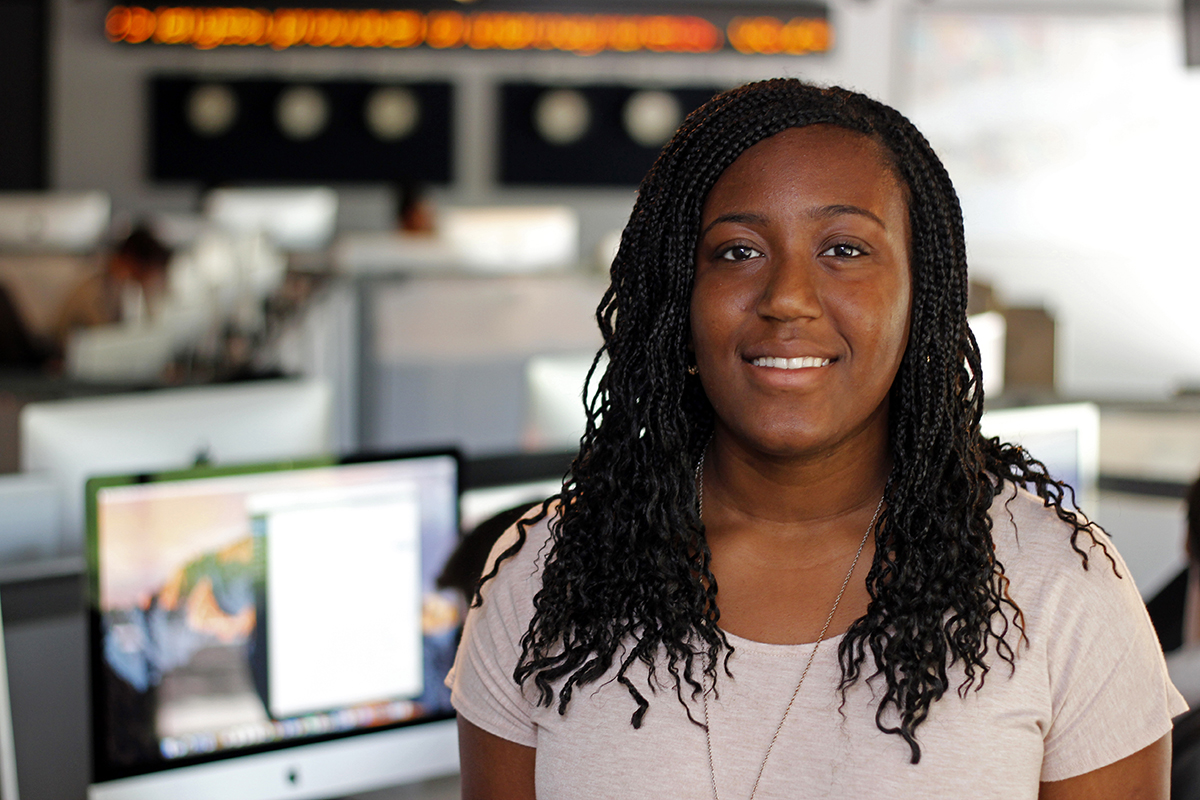 Since ninth grade, writing has been a passion of Mikayla Fils-Aime.

“English is always my favorite subject,” said the Stony Brook School junior. As a freshman, she took a creative writing class, which allowed her to write about many universal themes and emotions using a wide variety of techniques.

That same year, she also took an Intro to Photography course. She wasn’t all that excited about photography initially.

But then during her sophomore year, Mikayla enrolled in her school’s yearbook class. It was there that she began to combine her interest in writing with photography. With the help of her yearbook teacher, she began taking photos of several athletes, some of whom she already knew as a member of the girls swimming and basketball teams. She went on to photograph winter and spring sports. “I did basketball, lacrosse, boys swimming,” she said.

Along with photography, swimming is also a constant in Mikayla’s life. She is beginning a job as a swim instructor at the local YMCA this summer.

While taking photos is exciting for Mikayla, what happens to her photos after they are taken is what really entrances her. “Touching up photos, it’s really fun,” she said.

Mikayla’s desire to experience new things stems from her mother, Nadine Fils-Aime. It was she who discovered the Robert W. Greene Summer Institute for High School Journalists at Stony Brook University and encouraged Mikayla to apply. She said she thought that it “would be a great fit for Mikayla because she’s shown many traits that would be perfect for a career in journalism, such as photography and working on the school yearbook.” Her mother has always envisioned journalism as a potential career for her daughter. “Mikayla has always had a creative side and strong opinion ever since she was young,” she explained.

Mikayla, who describes herself as a funny person, is looking forward to showing her creative side as a member of the Greene Team. “I’m excited to learn more about videography,” she said, “and I’m excited to create video clips for future colleges.”

Asked if she was leaning towards becoming a journalist after college, Mikayla responded, “I’m slightly pushing towards it because it’s really fun.”