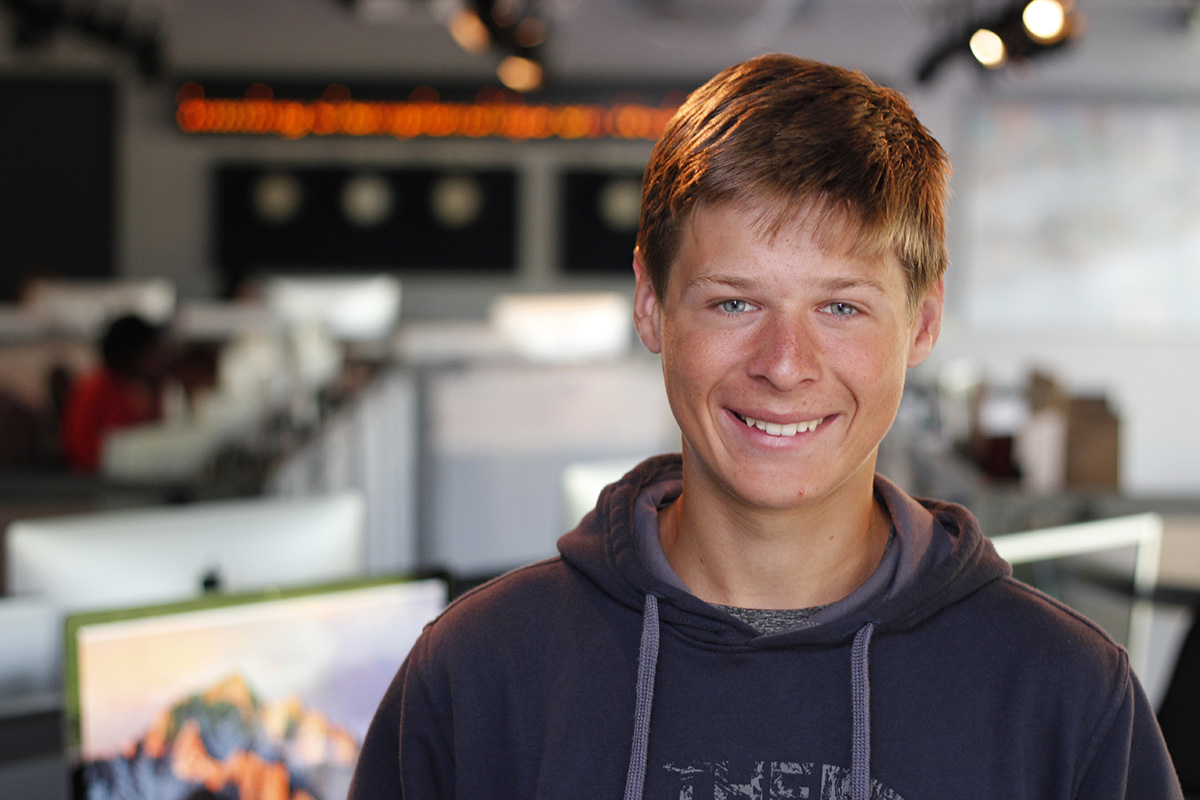 Ryan Magill found his love for journalism as a high school freshman.

“When I was in the ninth grade, I had this social studies teacher who would make us bring in current events articles every week,” said the 16-year-old Center Moriches High School rising senior. “Seeing through these different lenses made me interested in what is happening in different parts of the world.”

The Center Moriches native has always loved writing, and as he continues throughout high school, his passion has increased tenfold.

Ryan has also always enjoyed sports. He has played football and currently plays lacrosse. When he is not playing, he enjoys watching games and sports related news.

“My favorite area in journalism is sports journalism,” he continued. “I actually watch Sports Center every day.” He also looks up to sports analyst Chris Bergman, a recently retired veteran football announcer who was on the channel almost 30 years. “Although he recently retired, I enjoyed how he started debates between players and analysts,” he said.

Ryan hopes to become a sports journalist or sports analyst so he could combine his love of sports with his writing skills and charismatic personality.

“I think that Ryan has tremendous potential as a journalist, especially in the area of sports journalism which would be a natural merge of his love of writing and sports analysis,” his mother said. “In our house, ESPN is on every morning and there is a constant discussion and debate led by Ryan.”

Heather Magill said Ryan has ability to “communicate through his writing and speak in front of an audience, even in an improvised situation.”

Outside of school and his sports team, Ryan is a “history buff, particularly in love with the American Revolution.” He also enjoys sailing, and is a lifeguard at his local yacht club.  At home, he makes sure to spend time with his younger brother playing the video game Madden.

Being accepted into the Robert W. Greene Summer Institute for High School Journalists is a huge accomplishment for Ryan. He is the first person from Center Moriches High to be accepted.

Ryan was surprised when he was chosen as a member of the Greene Team “given that I haven’t had any journalism experience. I think it is less of the writing I’m afraid of and more the interviewing because I am more used to finding facts in books and to me it’s harder when speaking with a person.”

During his week at Stony Brook, Ryan hopes to get the “full journalism experience that I didn’t have in high school.”