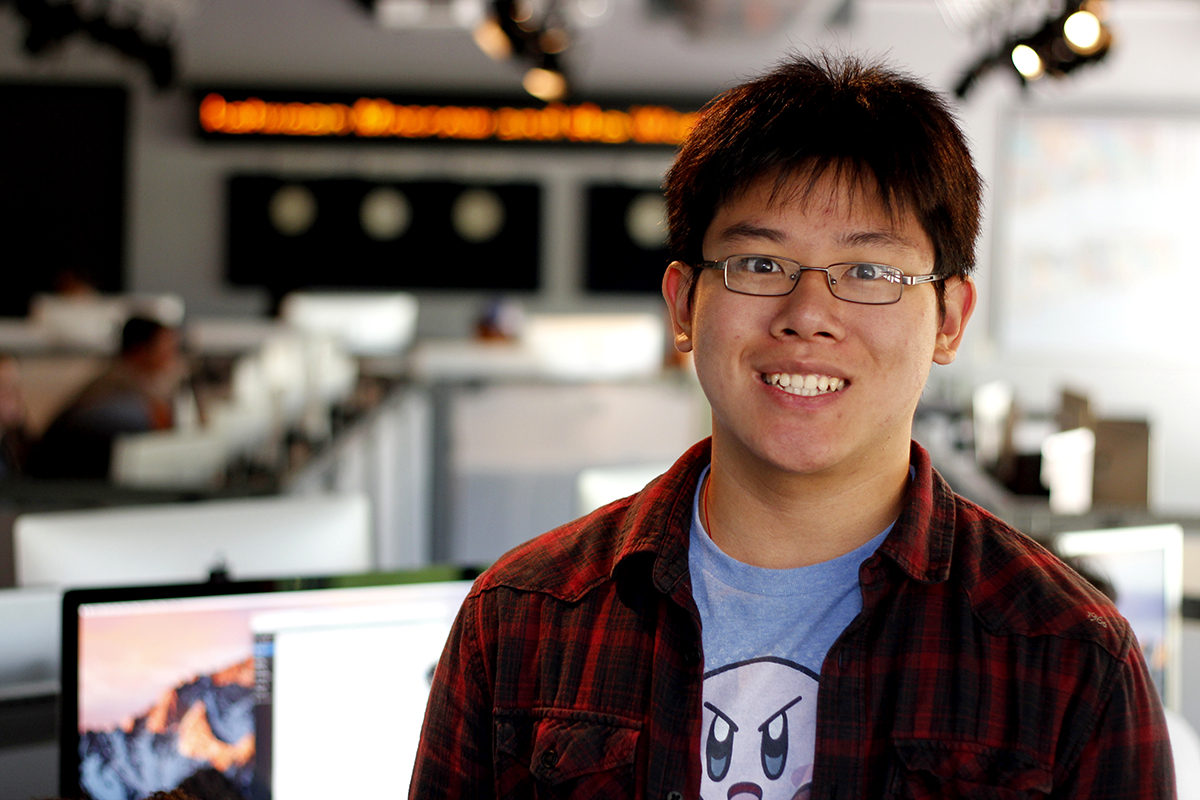 A year ago Wei Ye Ng took a filmmaking program and thought he may have found his future career.

Wei, a 17-year-old senior at Expeditionary Learning School for Community Leaders High School in Brooklyn, took the filmmaking program Real Works with his internship class teacher Samantha Frank. Wei was overjoyed to realize that he “enjoys filming and editing.” He said, “The program was a really good experience to help me decide what I want to do one day.” He added that producing a documentary would be something he wants to do when he is older.

Then again, he could end up pursuing a career in computer science or something else entirely.

Wei excels academically and says his favorite class so far was computer science. “I really enjoyed making and inputting game [code],” he said. “It was interesting to me, so I might pursue a career in that field.”

At the same time, he enjoys English class since he “likes talking out my ideas and writing them down.”

In school, he was the student body president, a member of the tabletop club, where members get together to play board games, and also the photography club, where he first learned to shoot pictures.

Outside of school, he likes to play both video and card games and read manga, or Japanese comics.

Wei describes himself as “genuine, caring and weird. I’m genuine because I’m always straightforward and tell the truth when I need to. I’m caring because I look after my grandmother and I care about my friends and family. I’m weird because I feel like I have a personality that can be pretty random and my name is in the word ‘weird’.”

Like many students, Wei, who lives with his parents, sister Hui-Ting, 18, brother Wei Hao, 21, in Brooklyn, is constantly worrying about his college major and his career. He hopes that his week at Stony Brook University in the Robert W. Greene Summer Institute for High School Journalists will help him to pick the right path.

Wei said he was speechless when he found out he was admitted. He hopes to get a good glimpse of media and learn more about editing.

“I’m going to use this time to explore my options and better myself in my writing,” Wei said.

His sister explained, “What makes Wei a good journalist and filmmaker is that he’s dedicated. He’s passionate about things he loves and is interested in.”

“I hope he’ll relax a bit more about his future,” she continued, “and realize he has time to decide.”

No matter what career he ends up choosing, Wei wants to show that we are all somehow interconnected.

“Sometimes they just need to see it for themselves that there are others who can relate to what you’re going through,” Wei said. “Maybe through my work they’ll be more informed and want to break out of their own world.”