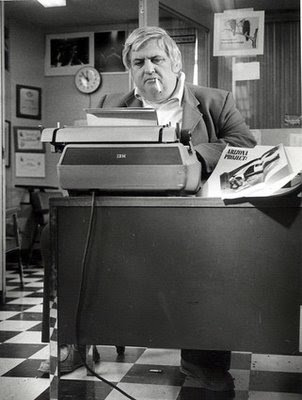 “It was the last thing my father told me he desired to see come to fruition,” said Greene’s son, Robert Greene Jr. “To him, high school newspapers and the students working their respective ‘beats’ were not only the future of the industry but, more importantly, the safeguard to ensure the true meaning of the First Amendment’s freedom of the press.”

Greene, a pioneering investigative reporter and editor and mentor to thousands, died April 10, 2008.

The Robert W. Greene Summer Institute for High School Journalists became a reality in 2009 and continued each year since then. The students live at the university and work in the School of Journalism’s multimedia newsroom under the instruction of professional journalists. They learn basic skills in news reporting, writing, editing and using video. As a culminating activity, students produce original work across several media platforms.

“Bob’s vision was that the best and brightest of the next generation, while still in high school, would get the opportunity to study and work with some of Long Island’s top professional journalists,” said Howard Schneider, founding dean of Stony Brook University’s School of Journalism. “I can think of no better way to honor Bob’s memory.”

The institute’s advisory board is chaired by Ron Parr, president of The Parr Organization, in addition to honorary co-chairs Robert Greene Jr. and Kathleen Greene.

Without help fromthe Dolan Family Foundation, New York Community Bank Foundation, Newsday, the Press Club of Long Island and Friends of Bob Greene. This institute would not be possible. Thank you to everyone who helped.

The selection committee of the Robert W. Greene Summer Institute for High School Journalists is pleased to announce its class of 2017: 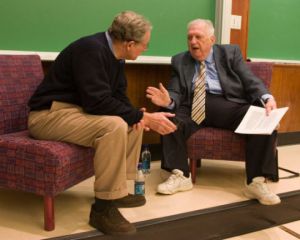 Robert W. Greene (1929-2008) became a visiting professor of journalism at Stony Brook University in 2006 after retiring as chairman of the Department of Journalism and Mass Media Studies at Hofstra University.

Greene, a veteran newsman, won the nation’s highest journalism awards and helped shape and define investigative journalism in America for 40 years.Greene founded the nation’s first permanent newspaper investigative team at Newsday in 1967 and led the team in 1970 and 1974 to Pulitzer Prize gold medals for public service. He retired from his post as assistant managing editor of Newsday in 1992 after 38 years with the newspaper. He was also a media consultant, educator, author, lecturer and frequent TV panelist.

He taught from 1995-2003 at Hofstra University, where he was Stessin Distinguished Professor of Journalism and chairman of the Department of Journalism and Mass Media Studies. He was named the school’s Teacher of the Year in 1998 and was chosen in 2000 by the entire Hofstra University graduating class as Millennium Teacher of The Year. He was awarded the Hofstra President’s Medal in 2002. Prior to his stint at Hofstra, Greene was an adjunct instructor of journalism at Stony Brook for ten years and coordinator of the university’s journalism minor program.

A Fellow of the Society of Professional Journalists, Greene also held — individually or as Newsday team leader — the University of Missouri Medal for Distinguished Service to American Journalism Education, three national public-service awards from the Society of Professional Journalists, two National Headliner Awards, two Front Page Awards and two Deadline Club awards. Among his many other awards are the Amos Tuck Award for Economic Reporting from Dartmouth University, the George Polk Award for suburban reporting from Long Island University, and the Peter Zenger Freedom of Information Award from the University of Arizona. He was an honorary alumnus of both the University of Maryland and Hofstra University.