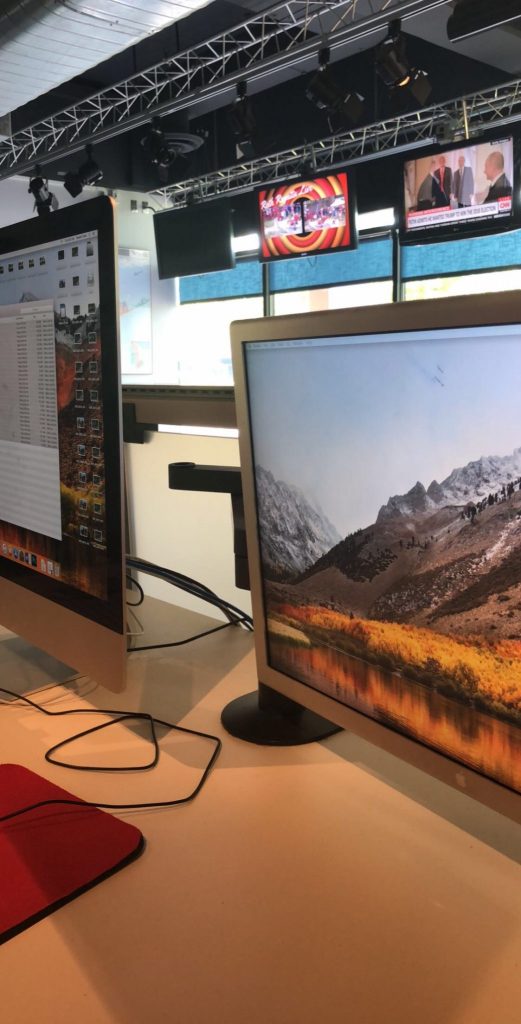 Getting ready to edit on Final Cut Pro. Photo by Emily Palazzotto.

Right off the bat this morning, we were tasked with coming up with questions to ask at a press conference with Caroline Suozzi about the steps her father, U.S. Rep. Tom Suozzi, and his campaign team are taking to put an end to gun violence.

Rather than doing the extra story, I decided to start editing the footage my team got at the Ducks game on Final Cut Pro to to help us meet deadline. Now we’re about to eat lunch. After that, my team and I  are going to the iD Tech Camp, a Lego robotics programs, where we will cover our second story. My job is to take still photos, which I am excited to do because I still don’t have much experience with that.

Later on today, we are attending the Stony Brook Film Festival, which should also be a good time. It is crunch time to meet the set deadline, but as chaotic as it is, I still love each thing I am learning and doing at this program!