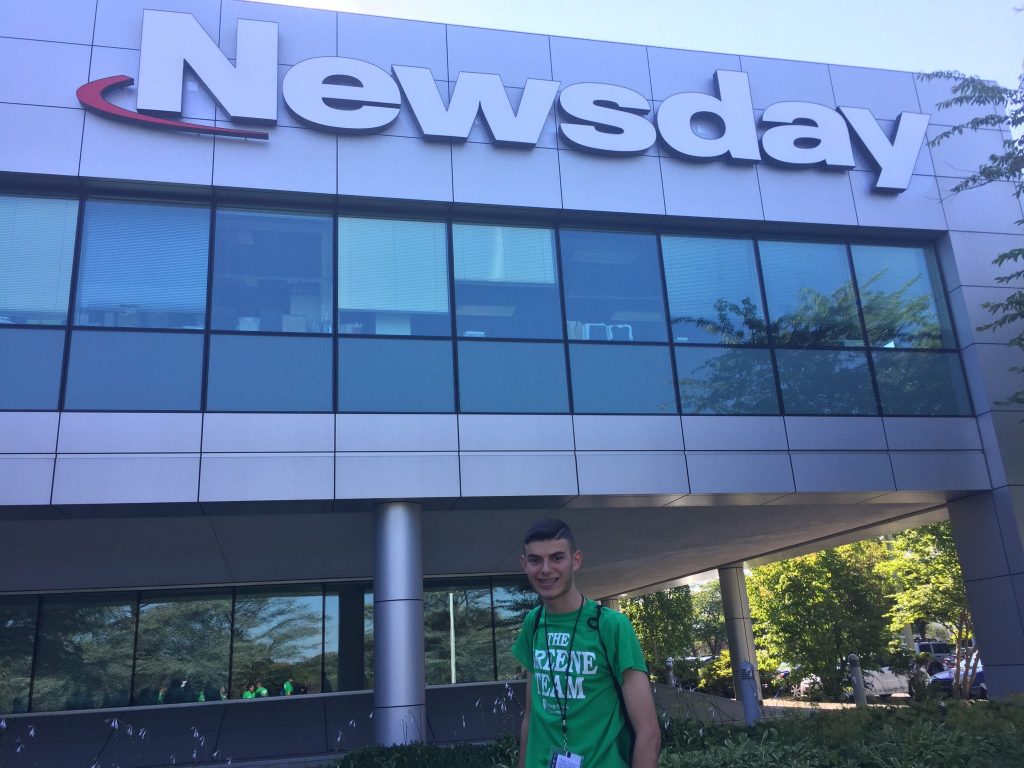 In front of Newsday’s headquarters in Melville.

It was a very exciting Day 4 at the Greene Institute, and just when I thought I couldn’t become more interested in journalism, I was amazed at how much work goes into of being a reporter and behind the scenes of television.

At 7:30 a.m., after a quick breakfast, we all made our way over to the broadcast studio, where we had the amazing opportunity to put together a newscast. I got to be the anchor, floor director and work in the control room. I was nervous to go first to get up and speak in front of the camera, but after a while, it felt more normal to me. It was so amazing to me how much work was put into producing only a two- to three-minute newscast.

At the end of the lesson, watching back the newscasts, both good and bad, showed how much we improved.

Later today, we are going to Newsday to see how a real newspaper and newsroom works.

After that, we are going to Bethpage Ballpark to conduct field work for stories on the Long Island Ducks. My team chose to cover the summer jobs. 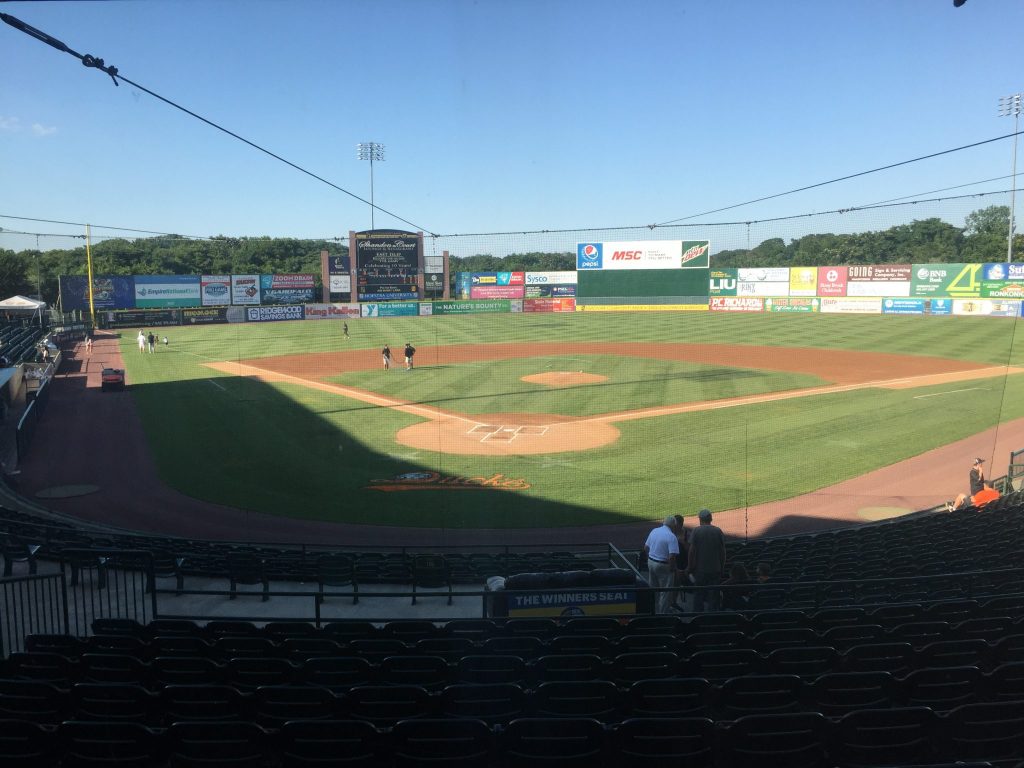 The view from the press box! 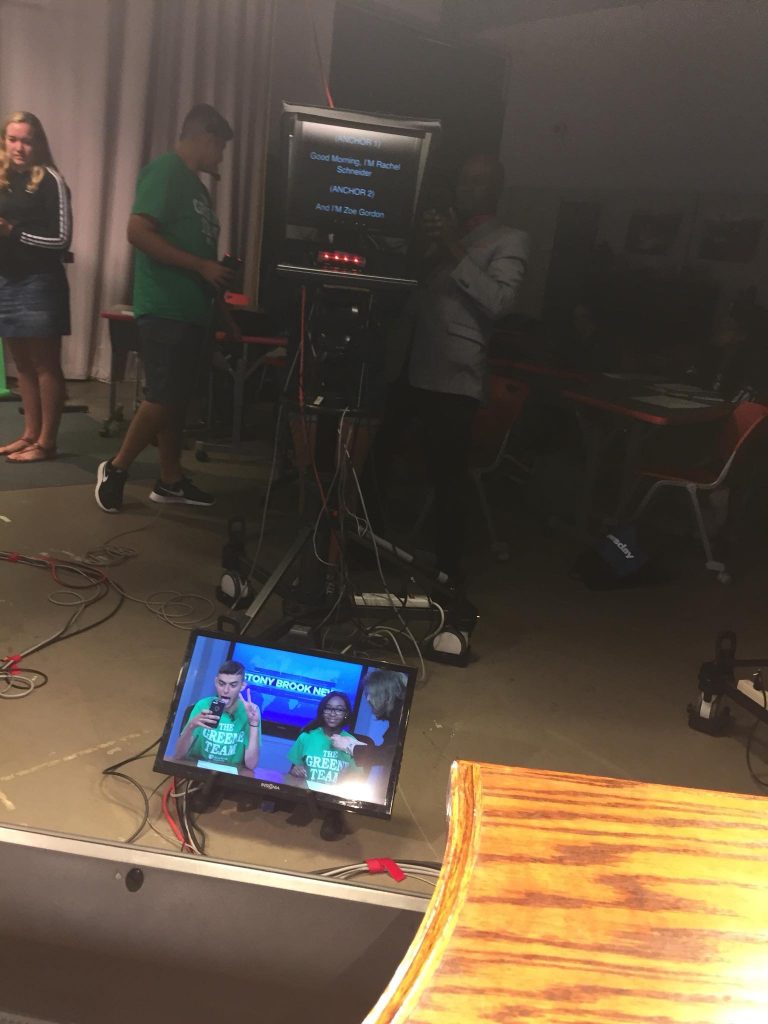 That’s me at the anchor desk!

I am very excited to try to apply all of these skills that I have learned so far this week. I’ve learned so much about many aspects of journalism and have gained so many new friends that I know I will keep after this week concludes. I am loving every second of this whole process!