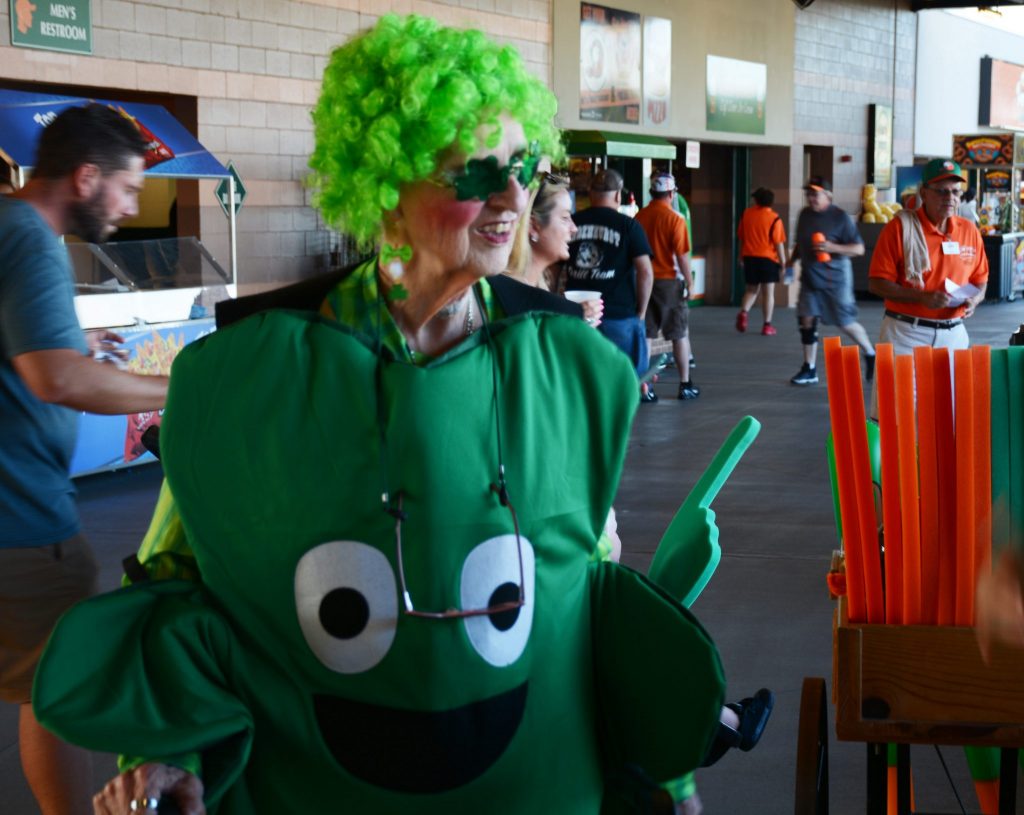 Jane Pino of Islip Terrace gets into the spirit of Irish Night at Bethpage Ballpark. (Photo by Sebastian Germosen.)

At the Long Island Ducks game on Wednesday, July 18, Kathy Fels proudly wore an Irish hat that her husband had bought and decorated. She had put the hat away in a closet after his death, but since she was going to Irish night, she figured it was a good reason to bring it out.

“Themed nights are good,” the Lindenhurst resident said. “Everyone gets into it.”

Irish Night at Bethpage Ballpark is an opportunity for families to enjoy some of the culture and traditions of Ireland. In addition to Irish-themed graphics on the Jumbotron and Irish music playing over the speakers, fans were treated to a performance of the Irish national anthem before the first pitch. And the first 1,500 fans to arrive received commemorative cups, courtesy of Shandon Court, a local Irish restaurant. 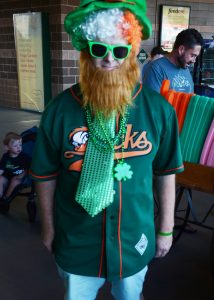 “We try to offer something for every group,” said Michael Polak, director of media relations and broadcasting.

The Ducks have been scheduling an increasing number of themed nights. Other events in the schedule include a Jewish Heritage Night, Heart Health Night, and an Anti-Bullying Night.

In addition to raising awareness for important causes and diverse cultures, themed evenings have also boosted ticket sales, according to Ducks president and general manager Michael Pfaff. Many fans said they came to Wednesday’s game because of the special theme.

Fans are drawn to the Irish step dancers as a highlight of the evening.

“Irish people are happy and spirited,” she said, “so yeah, it’s good.”