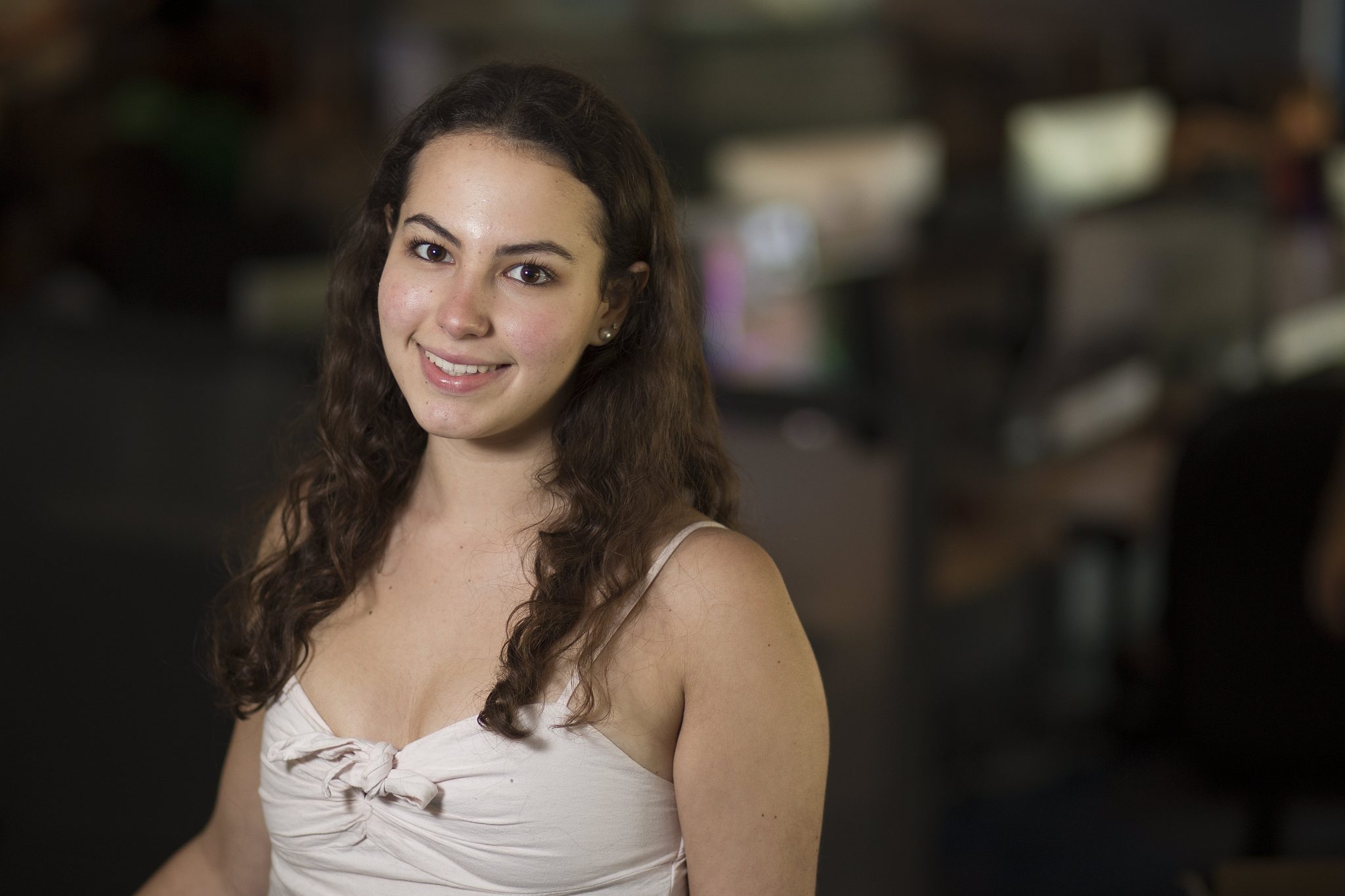 At the start of high school, Zoe Gordon signed up for journalism by accident and immediately found a passion for it.

Zoe, a student at the Marjory Stoneman Douglas High School in Parkland, Florida, had to choose between her school newspaper and the yearbook staff. Her choice was the newspaper staff.

She has now been a part of her school’s journalism program for two years, and having developed a relationship with them, she said they are now like her family. “It’s like an instinct was telling me to sign up for it,” she said.

The most successful story she wrote, in her opinion, was about a first quarter issue. Her story was about Smart guns. According to Bloomberg News, smart gun technology is used to control guns in a way that they are able to detect their owners. Zoe said she found this to be her most interesting story because she was not educated about the topic and that helped her to apply herself and gather information well.

“I just immersed myself in information,” Zoe said. In her opinion, the story helped her to become more courageous because it provided her with the opportunity to communicate with a diverse group of people. This is something she believed she wouldn’t have done under regular circumstances. “I talked to police officers, people at my school and other people about their opinions,” she continued.

On February 14, 2018, a gruesome shooting happened at the Marjory Stoneman Douglas High School.

The incident inspired Zoe to become more passionate about journalism. “Being able to tell my story and the story of others at my school has really made me want to pursue journalism as a career,” she said.

Zoe’s motivation as a student journalist is the response she gets when she publishes a story. “The reactions you get from sharing your story on a much broader basis, it really shows me how much people care to hear your story and see the truth,” she said. She said she is absolutely determined to get the truth out of a story to the nation.

When Zoe is not practicing journalism, she said she is either doing Pilates exercises, hanging out with friends or dancing.

“She does dancing in her spare time, she is passionate about journalism and she is a straight A student,” her brother, Zach Gordon, said.

Zoe said the people in her circle, including her teachers, parents and brother, are very supportive and influence her significantly on the person she is and her journey of becoming an outstanding journalist. “My newspaper teacher encourages us to go outside of the box and come up with new ideas to just convey a story really good and my parents really support me,” she said.

Zoe’s role model in the field of journalism is Hoda Kotb, a “Today Show” anchor. She is looking forward to pursuing journalism at the Syracuse University. Zoe said she cares about the voices of others and she believes that journalism can help her be someone else’s voice.

“I can express myself in a way that shares information with others,” she said.