The day started off by learning the ropes of TV journalism. We went to the broadcasting room on campus and learned how to anchor, do the weather and even behind-the-camera work.

When we finished the broadcasting lessons, we went to Newsday for a tour. It was interesting learning the history behind the newspaper and seeing the newsroom where all the reporters work.

Lastly, we went to the Long Island Ducks game to work on our articles and conduct interviews. I’ll admit—I was so nervous. It’s hard asking complete strangers questions. But in the end I got the hang of it. Interviewing people was an amazing experience, but it’s definitely harder than it looks.

Later on, my group and I finished up with the interviews and photos. This is when we finally got a minute to relax, get food and watch the game. That was probably my favorite part of the day. The mascot QuackerJack was hilarious and the game itself was interesting.

Overall, I had lots of fun Wednesday. It was a pretty eventful day that I’ll never forget. 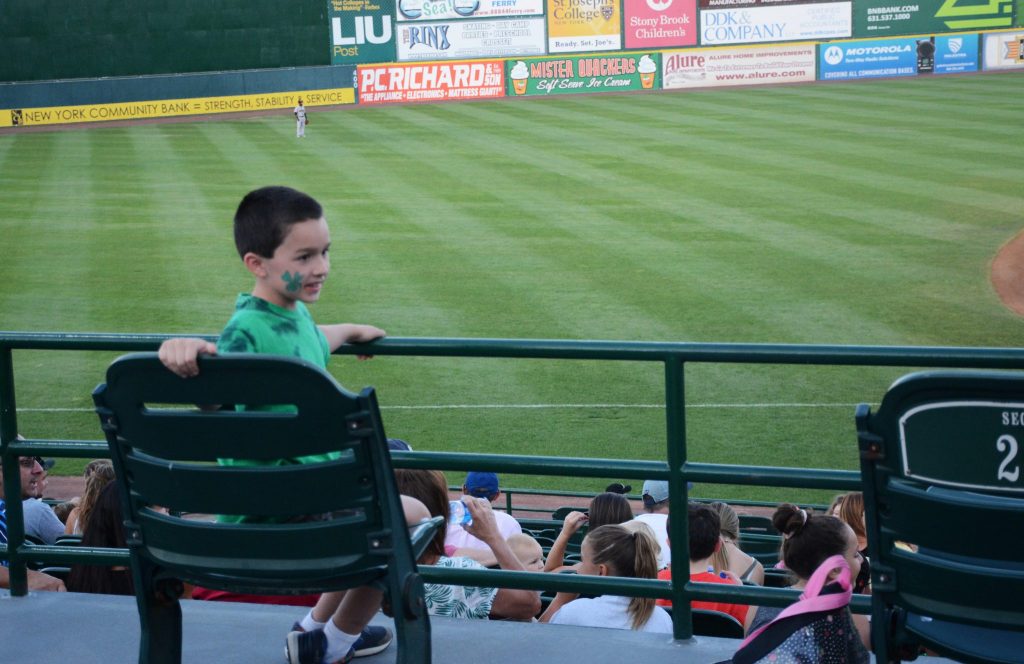 Michael Pfaff, president and general manager of the Long Island Ducks, has a simple yet exciting goal for the Ducks upcoming baseball clinic.

“Learn to play like a pro from the pros,” Pfaff said.

Jordany Valdespin, who played parts of three seasons in the big leagues with the Mets and Marlins, is one of the instructors.

The camp is for kids of any skill level from ages 7 to 13, with groups for both beginners and experts. The first session runs from July 30 to August 1 and the second runs from August 13 to 15. Registration will be available until the first session, amounting to a total cost of $195.

Kids will work through various mechanics at the clinic from pitching and hitting to outfield play and running the bases, said Pfaff. The team’s manager, Kevin Baez, will run the clinic, with help from a handful of ballplayers, including Valdespin, outfielder David Washington, and others.

“Their baseball skills are lacking at this point,” said Andrew Eenigenburg, a parent from West Sayville, “so maybe they can learn something from the Ducks.” He expects the camp to be a thrill for his kids. “They’re very enthusiastic.”

Two graduates of the camp, Brady and Eddie Lessing of East Islip, loved their experience.

“My favorite thing was batting practice,” Eddie said at Wednesday night’s game. His brother Brady added, “My favorite part of the kids’ clinic is at the end of the day when we always do a little game out in center field.”

The Ducks are hoping to create the next generation of ballplayers as their slogan suggests: “Put your future all-star on the fast track to the big leagues.” 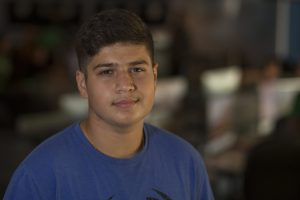 Having loved sports since childhood, Yash Kumar hopes for a career as a sports journalist.

Growing up, Yash was very active because his two older brothers would take him outside to play football and basketball. The Jericho High School junior liked to watch basketball and football, especially the Super Bowl and the NBA finals. Watching the commentators gave him the idea to look into sports journalism.

“Seeing Stephen A. Smith or Skip Bayless have the ability to communicate their knowledge and predictions on certain players and teams was the career path I wanted to pursue ever since a young age,” Yash said.

Yash took a journalism elective course in his freshman year.

“We knew Yash had a passion to pursue sports journalism,” said his mother, Roma Kumar. “We pushed him to enroll in the journalism elective, as long as he worked his hardest.”

He ended up finding his niche writing about local sports for his high school newspaper. In his freshman year, he won several awards for his work and was even published in the Jericho-Syosset Tribune on multiple occasions.

“Yash’s work as a freshman was phenomenal and even surpassed some upper classmen’s work who have been enrolled in the elective for a few years,” said his teacher, Susanne Valenza. She added that by the time he graduates, “he will be able to help all journalism students with their work.”

Yash was eager to polish his writing and took an AP seminar on research and critical writing techniques.

In school, Yash is vice president of the peer tutoring club. In his spare time, he likes to play video games and to hang out with friends.

After deciding journalism was his true passion, he applied to Stony Brook University’s Robert W. Greene Summer Institute for High School Journalists and was accepted.

“I was surprised to get accepted as a sophomore,” he said. “I’m excited to learn more about journalism in different mediums like photo and broadcasting. It’s also a relief to get away from my parents for a week.”