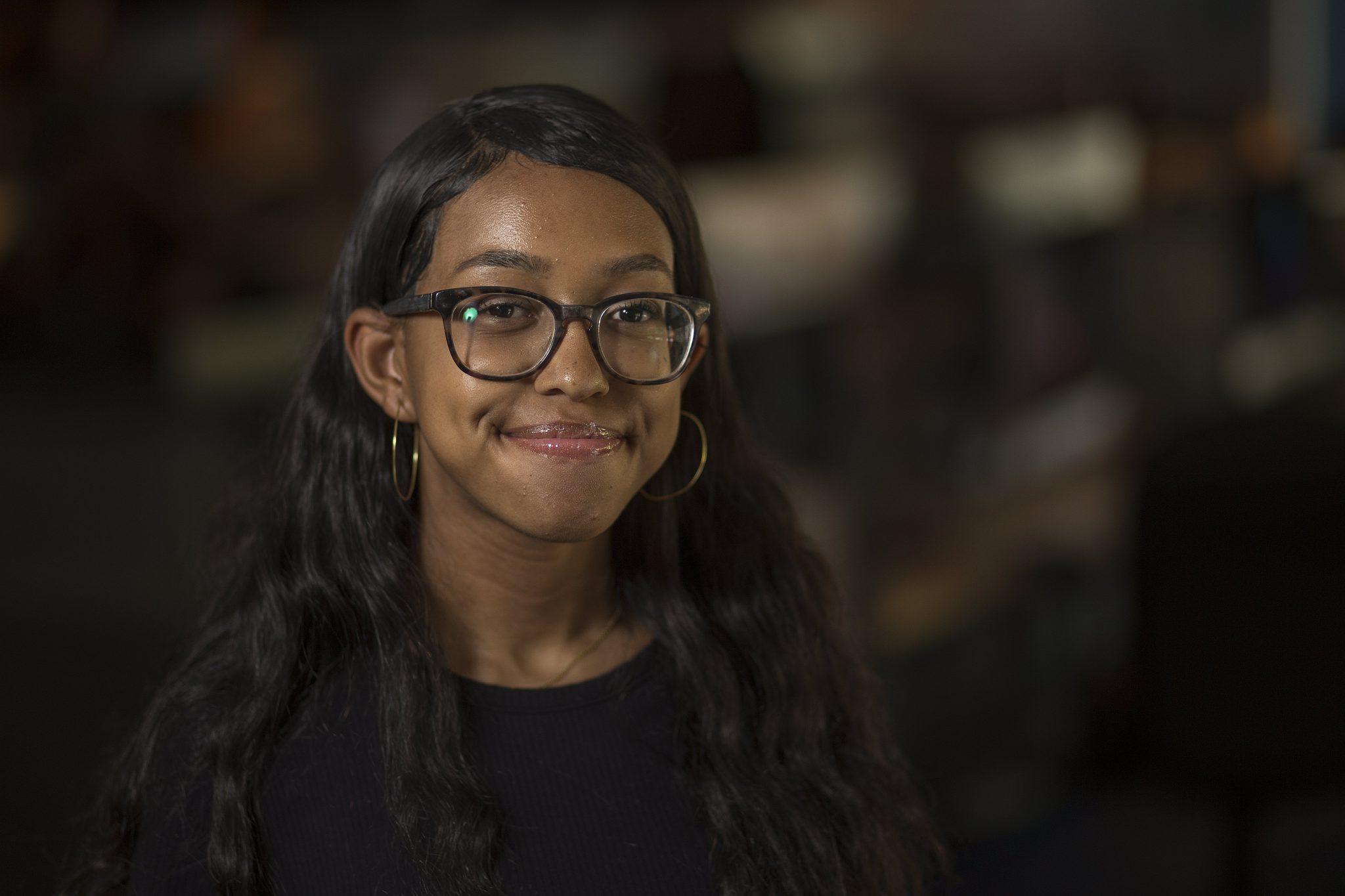 When she was eleven, Laila Stevens received her first camera and knew photography would be a big part of her future.

“I love that you can create a whole new image, oftentimes one that we cannot see with our own eyes,” said Laila, who will be a senior at Benjamin N. Cardozo High School in Bayside, Queens, this fall.

At school, the journalism and the media studies programs are a home away from home for Laila. Since her freshman year, she has been able to explore different aspects of journalism through a series of classes. For her senior year, Laila earned a spot on what she described as the highly esteemed and extremely selective yearbook committee, which will give her the opportunity to incorporate her photography skills into her school day more than ever before.

“I realized there were so many different things to do with just a camera,” said Laila, who was first published professionally in an online magazine at the age of 13. “So many angles, qualities and colors.”

She said she strives in her photography to incorporate messages of racial equality – another one of her passions.

“Although this goal of depicting racial equality is already out there in the world of photography, I feel Laila’s work will be exceptionally unique and moving because she began dabbling in photography at such a young age,” said Laila’s best friend, Laura Morel. “She has a God-given gift.”

Laila has sharpened her skills through gigs such as modeling shoots, and she often plans photo shoots with friends.

“I enjoy spending time with my friends because I believe that it is healthy and opens the mind,” she said. “I take a lot of walks, because it encourages activity without going to the gym. Music also plays a large role in my life. I love that it is an art form that speaks to so many different audiences.”

Laila’s older sister, Amirah, describes her sibling as being determined. “As long as she has been alive, no matter what, once she has made up her mind about accomplishing something, she does it,” Amirah said.

As for college, Laila said she expects to study photojournalism. She describes the Parsons School of Design as her “dream school” but said a State University of New York campus is also a tuition-free possibility because of her eligibility for the Excelsior Scholarship.

Laila said she anticipates her week at the Robert W. Greene Summer Institute for High School Journalists will give her more insight into a professional career in photojournalism. “I hope that I am able to learn new techniques to make my photography more realistic for the professional world,” she said.

We’re off to a great start at The Robert W. Greene Summer Institute!

From American Journalist Katie Couric to Larry King, The Greene Team has been learning great tips on conducting interviews from the best in the business. We’ve learned that journalists all have their own independence and styles, that makes us all unique. When we start off with the 5 W’s and follow the inverted pyramid method, we start off with great structure for our readers. I’ve learned so much on the first day and I look forward to the rest of the week.