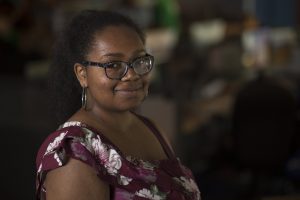 For Corianna Jackson, writing has been a passion since the age of 12.

At first, the 17-year-old Brentwood High School senior wrote general fiction. After a while, she started to get into fan fiction, which is writing a continuation of previously-known story. She met other people with similar interests with whom she could share ideas.

Corianna also worked on her school paper and started to publish her own fiction stories on an app called Wattpad so people could read her work. More than 110,000 people are doing that already. “A lot of people say that they like my writing,” Corianna said.

Diane Jackson, Corianna’s mother, is one of those people. “Her writing is very mature and gets better each time,” she said. “I’m very impressed with her.”

Besides her writing, Corianna has sung and played the piano for years, which she said has helped her cope with being painfully shy. All the while, she has remained an honor student.

Jackson said her daughter “would aspire to be a great writer or engineer, but she loves music and writing.”

Corianna said she doesn’t know where she wants go to college, but she still has another year to figure it out. She has no idea what she wants to study but is interested in journalism.

Her journalism teacher was the one who insisted that she should apply for the Robert W. Greene Summer Institute for High School Journalists.

“I expect to gain more writing experience to further my skills,” Corianna said. 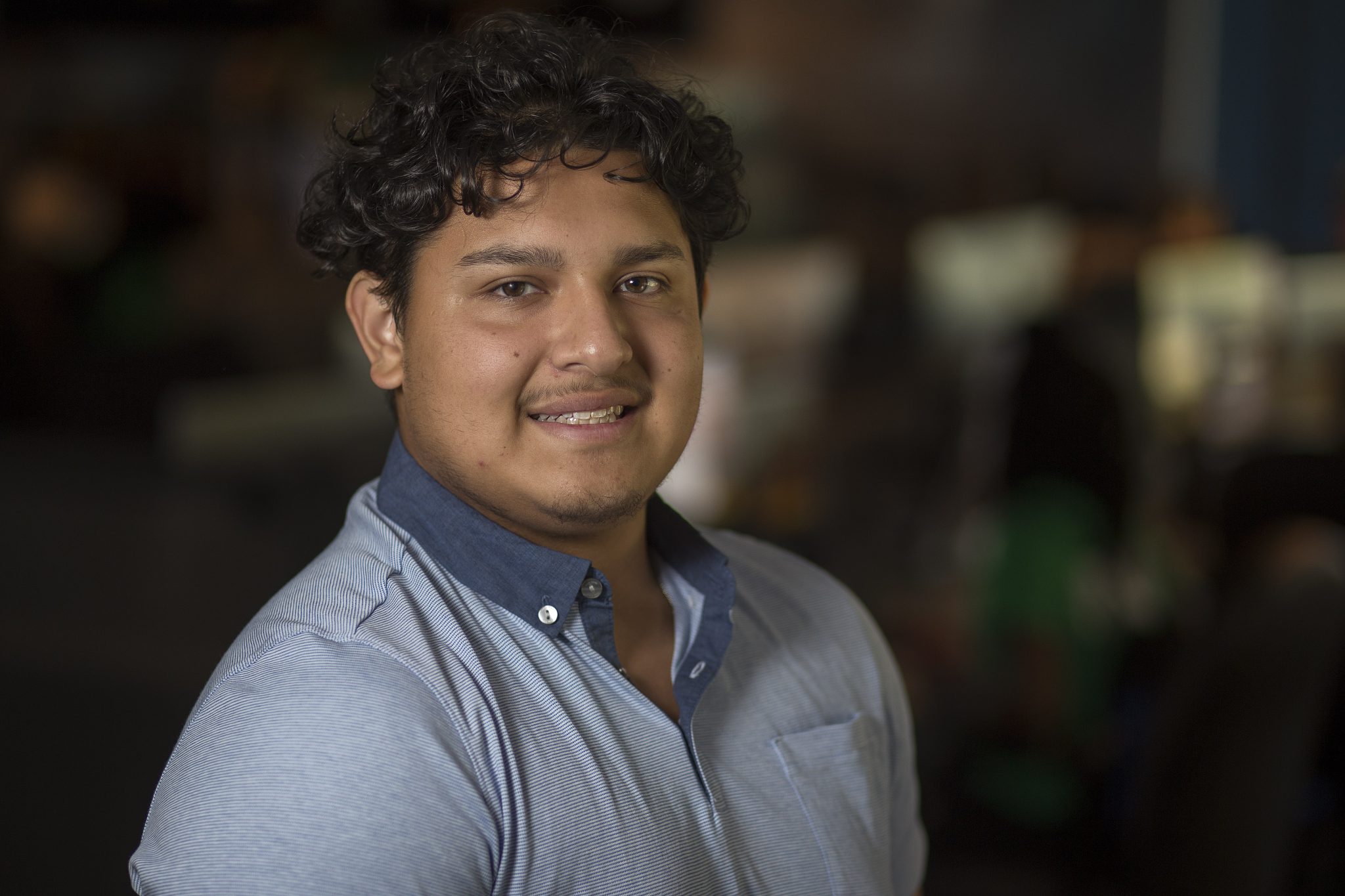 Matthew Quan said he has always been attracted to the idea of telling stories, but not with words.

The 17-year-old senior at Longwood High School is trained in photography, a craft that allows him to capture the unwritten tale behind beautiful, everyday things.

Matthew didn’t start seeing the world through a camera lens until three years ago. “I always thought it was interesting, but I didn’t start taking photography classes until I hit high school,” he recalled. He has taken every photography class that his school offers and has earned much praise for his work.

Matthew was raised in Astoria, Queens, by an Ecuadorian mother and a Chinese father. His parents traded the dynamic hustle and bustle of city life for a more relaxed life in the suburban Suffolk County community of Longwood when he turned 13.

This change did not come without hindrances. “At first it was hard to make friends,” he said. “I didn’t know anyone and it was pretty awkward at times.” Since then, Matthew said, he has learned to break out of his shell and has acquired an amazing group of friends. He now finds himself more comfortable in his cozy house in Longwood than his old apartment in Queens.

Matthew said snapping and editing photos helped him through a stressful sophomore year. He excels more in his art classroom where his photography teacher, Melissa Bussewitz, encouraged him to share his craft. She said she has consistently supported and critiqued his impressive work all year. Matthew wouldn’t have applied to Stony Brook University’s Robert W. Greene Summer Institute for High School Journalists if it weren’t for Bussewitz. “He’s a great photographer,” she said. “I told him that he should apply.”

Matthew said when he isn’t working on his photography, he likes to stay active because it’s a “great stress reliever.” He enjoys taking long bike rides in his neighborhood and also studies mixed martial arts. He considers himself outgoing and he loves to talk to people.

He is undecided on what college he wants to go, but luckily, he said, his parents wouldn’t mind if he went away from home. Lately, he has been leaning towards journalism as a career option.

When he heard the news that he got into the Greene program, he said he was ecstatic and shocked. “I’m not a very good writer, so I was surprised that I got in,” he said. He said he is excited to learn new techniques in photography as well as other journalism skills. The only thing he worried about was the lack of air conditioning in the Stony Brook dorms.

Matthew shared he has doubts about his future. But the one thing he doesn’t have doubts about is his photography. “The pictures I take I’m always pretty proud of,” he said.

So, this morning was exciting. When I got up, I surprisingly didn’t feel so tired. I honestly expected to be exhausted in the morning, but that’s only because I’m not a morning person. Moving on, breakfast was good. I got to eat and go through the news until the first lesson. Then, when the lesson started, I learned a lot of great things I didn’t know before and I’m excited to learn more. I also can’t wait for when we take pictures. Today has been a good day and I can’t wait for what’s coming next.