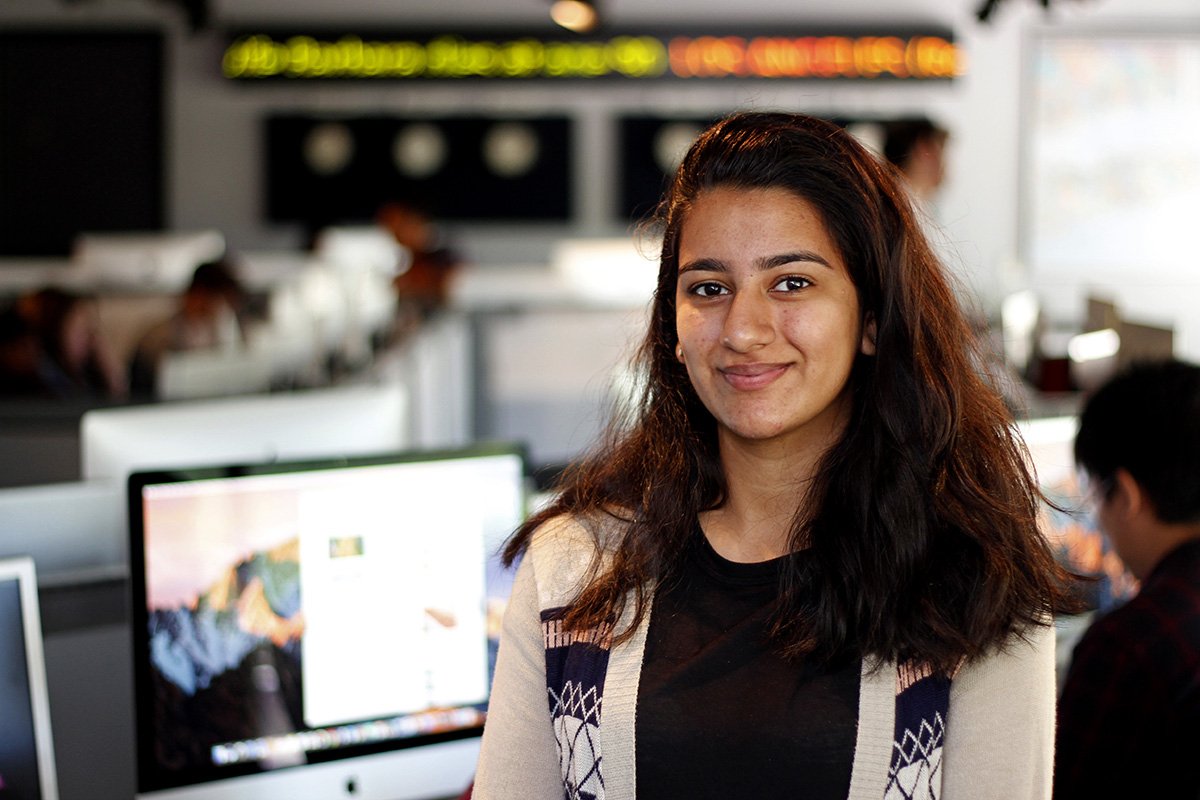 Growing up with the Islamic faith, Khadija Banure didn’t feel different from those around her.

“But my parents warned me that me being a Muslim girl in America means I will have to work three times as hard to achieve my goals in life,” said the 16-year-old senior at Leaders High School in Brooklyn.

While Khadija didn’t feel different, she noticed a lot of prejudice against Muslims. And because she had been writing since elementary school, she began to use that skill — and later photography —  to bring light to the situation.

“I definitely think I can help with my writing,” Khadija said. “It’s just that I feel like I need to polish my writing, and that this program can help me do that.”

She plans to continue her journalism studies in college. “Definitely after college when I have more experience I will highlight throughout my writings that not all Muslims are terrorists, and that they believe in peace,”she said.

Khadija grew up in Canada and then in New York. She enjoyed playing volleyball and badminton, cooking, traveling and writing.

Her love for writing started with an elementary school assignment. “We had to draw a picture and write a paragraph about it. I really liked the freedom of expressing myself in that.”

As Khadija traveled with her family to her birthplace of Pakistan and her old home in Canada, she’d often write about the social differences she observed.

Khadija’s social consciousness led her to pursue photojournalism. “I was online when I saw a picture of a little boy in Syria raising his arms up, thinking that the camera was a gun.” That photo sparked the idea that Khadija could bring social injustices to light through photography.

Her older sister, Fatima, said Khadija has grown into a confident young woman who is definitely on the right career path. “She is always interested in researching, interviewing and taking pictures.”

Khadija said that in a half dozen years “I see myself with a bachelor’s degree and hopefully traveling the world, taking pictures of important events occurring in the world.”