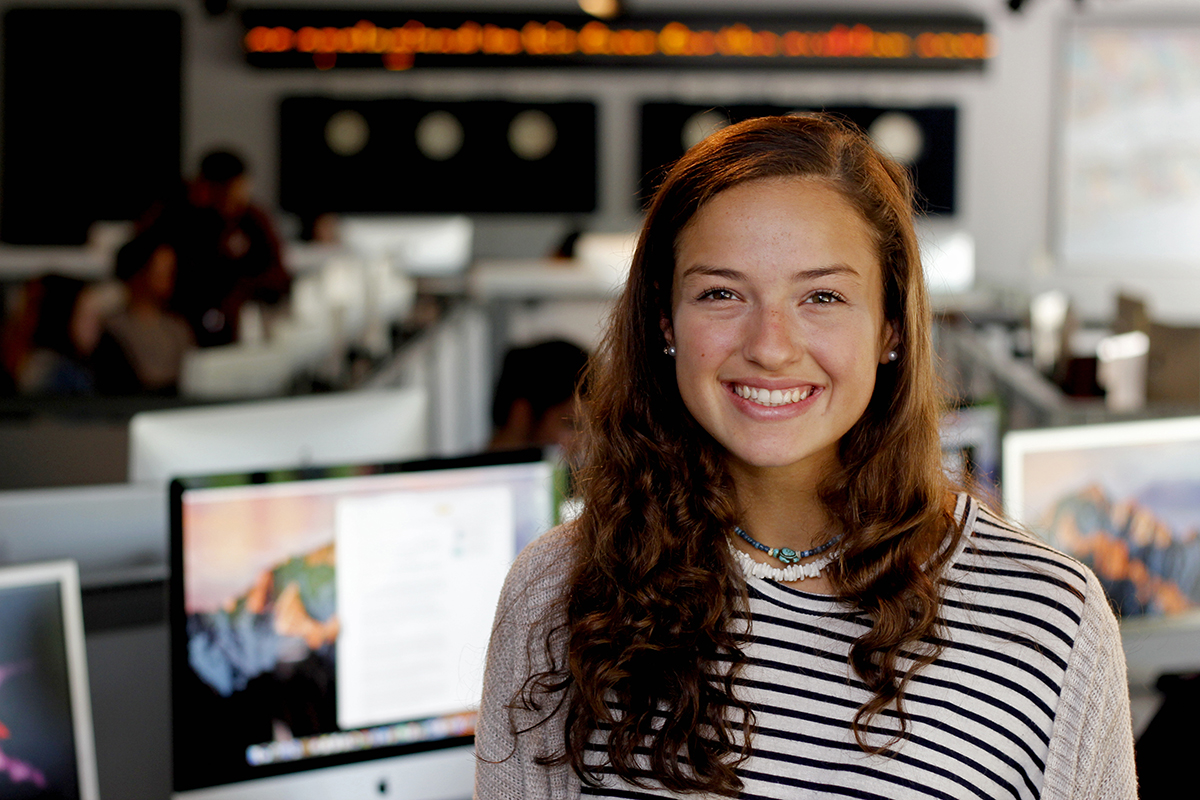 Throughout her life, Maia Noah always loved to write. Growing up in Huntington, New York, with her three siblings, English was always her favorite subject in school. During her childhood, Maia had a journal that she used to bring on vacations to write about thoughts and aspirations that she had.

“I see how I’ve improved as a writer since I was younger,” Maia said. “Now I’m more concise.”

Throughout middle school and high school, Maia has received a lot of praise from her teachers. Her eighth grade English teacher Mrs. Hurney was one of the first people to notice that Maia was a good writer. In the spring of her sophomore year at Harborfields High School, Maia participated in a journalism course at F.I.T. After taking that class, she knew that she wanted to write more than anything else.

“I realized that I’m not as into fashion as I thought I was,” Maia said. “I realized that the journalistic approach to writing is something I can see myself doing in life.”

In high school, encouraged by her journalism teacher Vincent Ambrosio, she joined her school newspaper, The Harbinger. Joining the school paper really helped her step out of her comfort zone when she was put on the morning video announcements which the whole school can see.

“Maia is a dynamic and talented young journalist who has written engaging articles across various genres, edited and laid out print issues of the paper, produced entertaining and informative videos, and performed effectively as an on-air talent. In short, she has built an impressive portfolio of work and is ready to launch a brilliant career in journalism” said Mr. Ambrosio.

Maia credits her teacher for helping her on the path to journalism.

“Mr. Ambrosio really pushed me this year to try everything not just writing for the newspaper but pushing me to my full potential because he made me realize that this is what I want to major in” said Maia.

Eager to immerse herself in journalism and broadcasting, she applied to the Robert W. Greene Summer Institute for High School Journalists. She found out she got accepted when she accidentally opened her email during lunch. She was so excited that she called her mom to let her know the news.

“I felt like my work finally paid off,” Maia said. “I got into something that I really wanted to pursue. It meant that I could finally broaden my horizons and venture out from my comfort zone, which is writing. I could focus on video and broadcasting more.”

Maia wants to major in communications and she is very thankful for the people who helped to get her to this point.

“My mom and dad always pushed me to follow whatever I was passionate for, no matter what it was,” Maia said. She has special thanks for Mr. Ambrosio. “I don’t think I would have been here without him.”